Ace Frehley and Peter Criss Will Perform At Creatures Fest 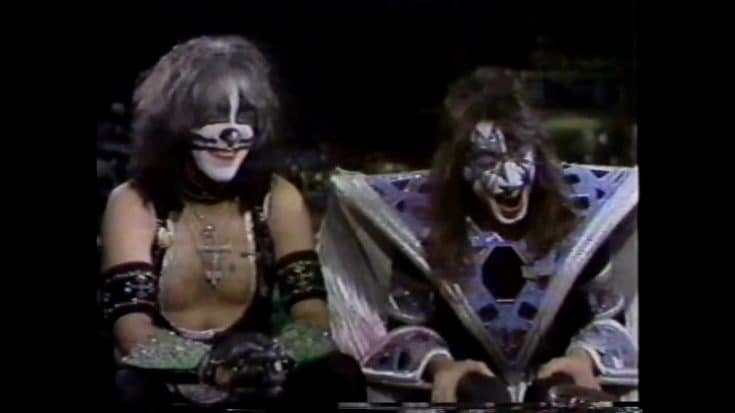 KISS‘s co-founders Ace Frehley and Peter Criss are joining forces to perform together this spring at the upcoming Creatures Fest in Nashville.

The weekend-long event is set to take place from May 27-29 at Nashville’s Sonesta Nashville Airport Hotel. According to Creatures Fest promoter Neil Davis, former KISS guitarists Bruce Kulick and Vinnie Vincent are also scheduled to perform and rock out with two KISS’s alumni.

In a statement, Davis said on Frehley and Criss:

Davis also previously announced in a Facebook video that Frehley is giving ticket holders an opportunity to vote on some of the songs he’ll play during his set saying:

“Everybody who’s purchased tickets to Creatures Fest… will have the opportunity to vote on songs.

“As Kiss fans, we always say the songs that we’d like to hear at live performances. This is our chance.”

Frehley and Criss both left KISS in the early ’80s. Criss left first on May 17, 1980, under unclear circumstances. In addition to playing drums in KISS, Peter also provided lead vocals for a number the band’s most popular and memorable songs, including “Beth”, “Black Diamond” and “Hard Luck Woman.” Since then he’s worked with other bands and released solo albums.

Frehley followed a couple of years later, in June 1982. He and Criss both rejoined KISS in 1996 for their massively successful reunion tour and remained in the group until the early ’00s.

The upcoming event would be Criss’s first performance since he retired and had his last show in 2017 at the Cutting Room in New York City.

The festival will also feature performances by Quiet Riot, Enuff Z’Nuff, Vixen, John Corabi, Return of the Comet, Pretty Boy Floyd among others. Tickets are now on sale. To purchase and know more info on Creatures Fest, go here.