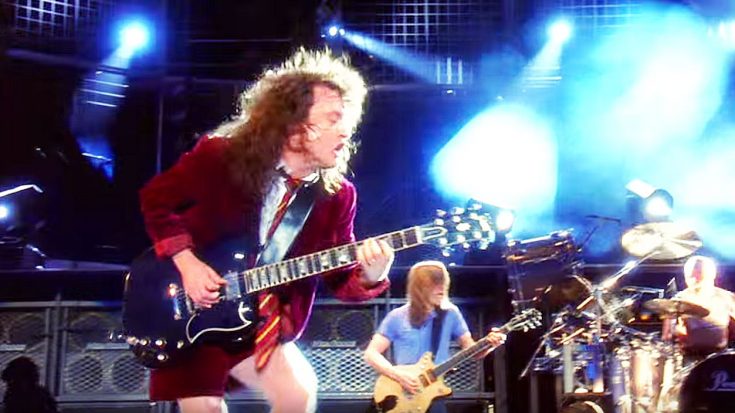 AC/DC is a really good band. Like… a REALLY REALLY good band. No seriously, they’re really good at music and stuff… My point is that they’re good; awesome, in fact. Okay, but seriously, AC/DC are one of the (if not the) most iconic hard rock bands of the last century. Their simplistic, yet innovative heavy sound have become staple elements not only in music, but pop culture overall. Whether it’s just a fan popping on one of their tracks for the enjoyment, or it’s Marvel using one of their songs for their nest Iron Man movie. But what it is considered even more monumental about AC/DC  is their live performances. Here’s the proof!

What you’re about to watch is a live performance from AC/DC where they perform their hit song Back In Black in front of over 70,000 people in Donington, England. As you can imagine, it is nothing short of spectacular. See for yourself!