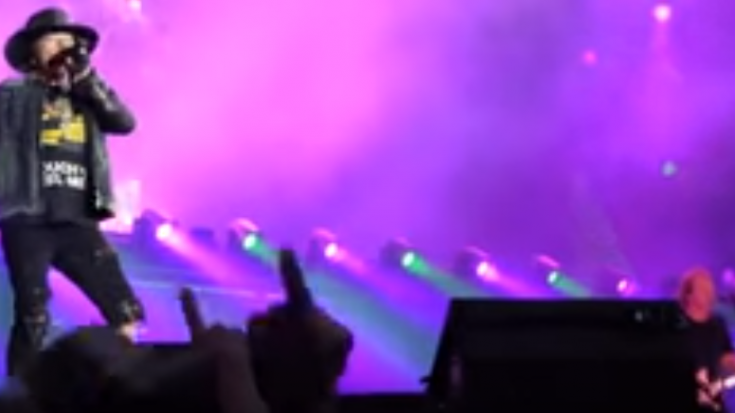 On May 26, AC/DC brought their heart-pumping music to Volksparkstadion with Axl Rose belting out their classics. Bassist Cliff Williams also revealed that Brian Johnson, after learning that Axl was temporarily replacing him as frontman, was “happy” with their choice of guest vocalist. Cliff further has this to say about Axl’s recent performances in their concert tours:

“[Axl has] done a fabulous job, and he’s almost out of his chair now. He’s mobile, and he’s enjoying himself. It’s been really good.”

If you’re wondering whether Axl is indeed crushing it in their shows, you might want to watch these videos taken by their fans from the band’s Hamburg concert. First off, we’re mighty glad Axl is out of his rock throne and on his feet. Second, without a doubt, he slayed it. Besides, I don’t think it’s easy being the frontman of both Guns ‘n Roses and AC/DC. But man, Axl made it look like it’s just a walk in the park!