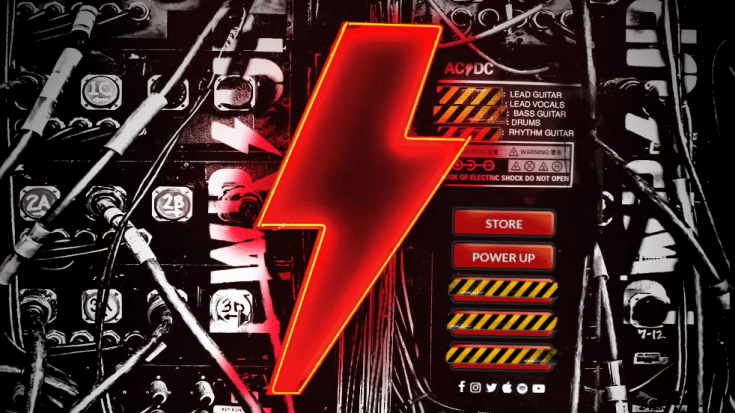 So for over a year now, AC/DC has been mum about their comeback even though their close friends in the industry have confirmed an upcoming album and even a world tour. A few days ago, photos “leaked” on their official site which looked like the band members were filming a music video. It was immediately taken down but not before fans managed to save the images.

And finally, they have began to tease their highly anticipated return to the rock ‘n roll scene with a series of promotion campaigns. First, they posted a clip of their iconic logo across their social media channels.

Next, Australian radio station Triple M Rock shared a photo of a poster outside of guitarist Angus Young’s high school that says Are You Ready? along with PWR UP. The same thing made it to UK newspapers too.

This poster has popped up outside Angus Young’s old High School. What are AC/DC up to?

And now, they have launched a website where fans can sign up to receive the latest information on AC/DC.

This marks the return of frontman Brian Johnson after he was forced to leave the band because of health problems in 2016. Back in July, Twisted Sister’s Dee Snider claimed that AC/DC’s latest studio album is already finished but that the release has been delayed because of the ongoing coronavirus pandemic.