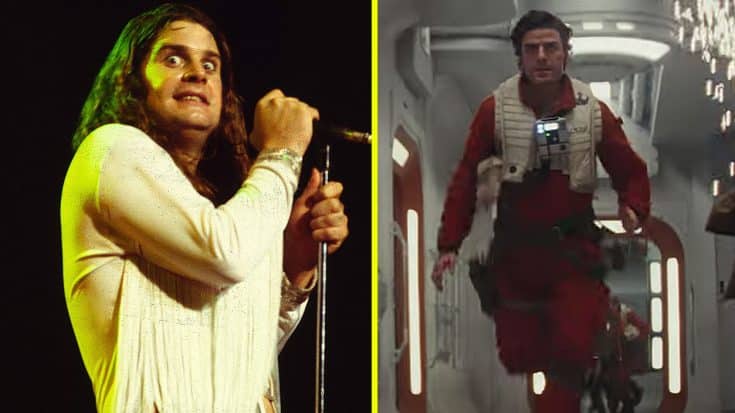 War Pigs Have The Power Of The Dark Side!

Mash ups have become increasingly popular over this past year. Whether it’s an Ozzy Osbourne/Earth, Wind, & Fire mash up, an ABBA/ Van Halen mash up, or even a Michael Jackson/Iron Maiden mash up, they’re all hilarious and all surprisingly work perfectly together.

This time around, a fan mashed up Black Sabbath’s “War Pigs” and a whole bunch of footage from the entire Star Wars epilogue. Only this time the result wasn’t funny, it was surprisingly good and quite eerie.

In fact, this is definitely the most thought-provoking mash up I’ve personally ever seen, which is strange considering it’s a bunch of Star Wars footage, but nevertheless it does convey a powerful message if you listen carefully to the lyrics of the song. With all of that being said, it still stands that this is simply one of the coolest things floating around on the Internet today. Don’t believe me? See for yourself!