9-Year Old Rips Unbelievable Cover Of The Who’s “The Real Me”—Keith Moon Would Be Proud! 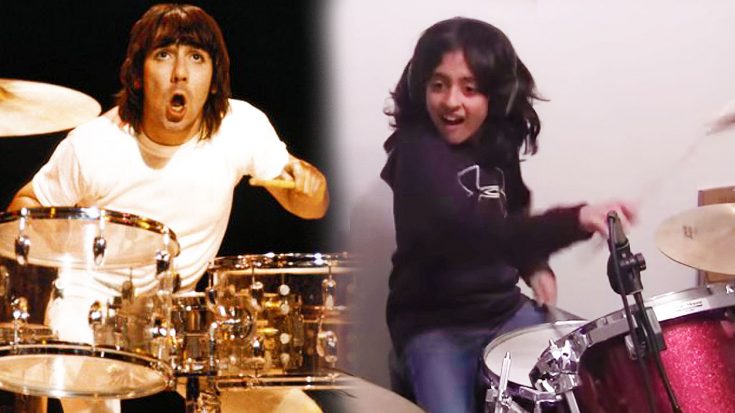 We can see the real him!

If you wrote down the top drummers ever to grace the earth, we’re pretty positive that Keith Moon would easily be in the top 3! Even though his life was cut short at the age of 32 from a tragic overdose, he reigned supreme as one of the best rock drummers ever! His energy, passion and skill is incredibly difficult to match, and The Who have never been the same since his passing.

Covering a Who song has never been easy, but 9-year old Raghav looked like a natural when he covered The Who’s “The Real Me.” This song is extremely difficult to master, because of the numerous fills and technical drum work that goes along during it! Keith Moon pretty much improvises his work on this track!

Fun Fact:This is about how a Mod can’t see who he really is. “Mods” were British youth who kept up with the latest music and fashion trends. Pete Townshend was a champion of Mod culture, and the rock opera Quadrophenia told the story of a Mod named Jimmy.

It’s incredibly relieving to see such young talent appreciate great music! Raghav has a bright future, and who knows….he may end up being the next Keith Moon!

Check out this kid’s amazing cover down below, and let us know what you think!