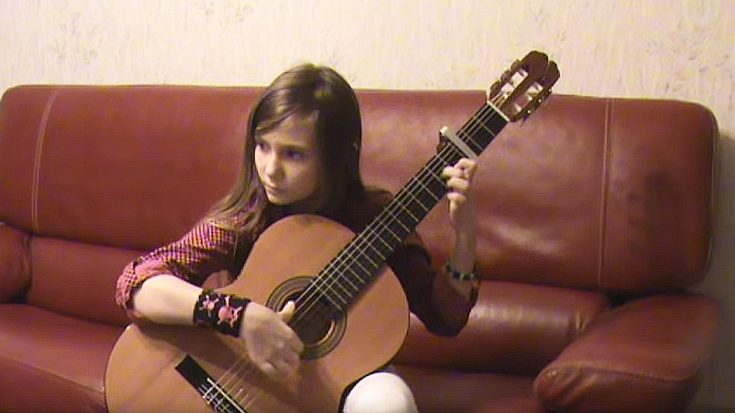 Hotel California Gets A Traditional Facelift!

As you may know, there’s a hit song by The Eagles called Hotel California. By many, it has been deemed the ultimate guitar song. It’s debatable, but it has been deemed as such, nonetheless. My point is that covering this song with your guitar can be a real chore. It is a technically advanced musical composition with some very intricate lead playing. Nevertheless, you’ll find some great footage online of people doing exceptional covers of the song. But what we have for you here, is a rather unique rendition… and it’s played by a 9-year-old girl!

What you’re about to watch is a 9-year-old girl by the name of Tina pick up her classical guitar and perform Hotel California as a classical masterpiece like you’ve never heard before. As with anything from this girl, the performance is absolutely breath taking. This girl is the future of music. See for yourself!