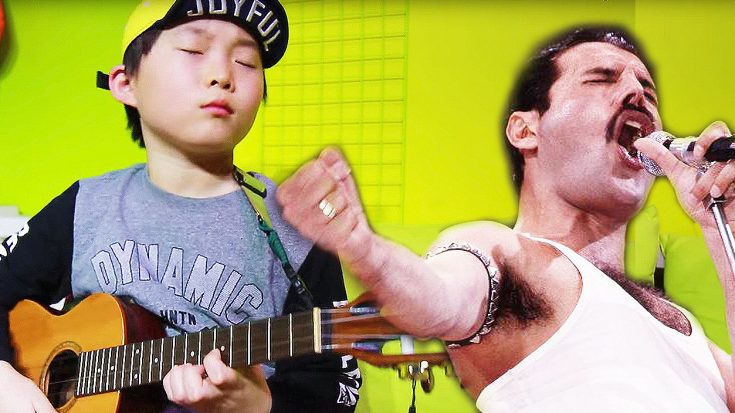 An original twist on an all time classic

Queen’s “Bohemian Rhapsody” is known for Freddie Mercury’s one of a kind voice, and it’s lyrics. Now, imagine a cover that didn’t contain the vocal portion. You’d assume it would be terrible, right? Well, think again. 8-year old Sean Song from South Korea stripped down the Queen classic to nothing but a ukulele, and gave the song a whole new light! Sean’s amazing skill shines through on this one, as he showcases his picking ability and beautifully strums every note of the song. The unique sound the ukulele gives to his cover adds some originality to the classic!

Sean has unbelievable skill for such a young age, and there are other videos on his channel of him playing the ukulele and guitar at a skill far beyond his years. We’re pretty positive Freddie is smiling down on this young kid, and would definitely appreciate his cover of the song. Make sure to check out other videos on this kid’s channel!

Check out Sean’s cover of “Bohemian Rhapsody” down below!