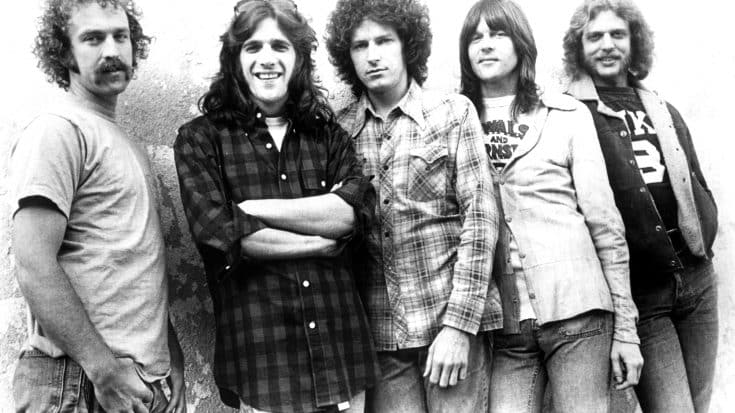 CIRCA 1976: (L-R) Bernie Leadon, Glenn Frey, Don Henley, Randy Meisner and Don Felder of the rock and roll band "Eagles" pose for a portrait in circa 1976. (Photo by Michael Ochs Archives/Getty Images)

The third single from The Eagles’ 1975 album “One of These Nights”, “Take It To The Limit” was written by Randy Meisner, Don Henley and Glenn Frey. It was a fan favorite, and while the band enjoyed massive success because of it, the song also marked the beginning of the end for them.

Let’s check out interesting facts about the track:

1. It began as Meisner’s solo composition.

He was yet to finish it but when they were getting closer to recording it, Henley and Frey helped out.

“I’d get a verse or two, and I’m done,” Meisner said, “and they would help fill in the blanks.”

2. Fans went crazy whenever they played this live, but Meisner often dreaded singing it especially because he found it hard to hit the high note.

“I was always kind of shy,” he told Rolling Stone. “They wanted me to stand in the middle of the stage to sing ‘Take It to the Limit,’ but I liked to be out of the spotlight.”

3. Meisner explained its meaning in the documentary History of the Eagles.

“The line ‘take it to the limit’ was to keep trying,” he shared. “You reach a point in your life where you feel you’ve done everything and seen everything – it’s part of getting old. And just to take it to the limit one more time, like every day just keep punching away at it. That was the line, and from there the song took a different course.”

4. Things came to a head in June 1977 at a gig in Knoxville, Tennessee when Meisner refused to sing this song.

“We’ve been out for a total of 11 months and everybody was starting to feel the strain,” Meisner explained to biographer Marc Eliot. “My ulcer was starting to act up, and I had a bad case of the flu, as well. Still, we all sounded great onstage, the audience loved the show and we were being called back for another encore. ‘No way,’ I said. I was too sick and generally fed up. I decided I wasn’t going back out.”

5. After Meisner left The Eagles, Frey took over the lead vocal duties.

Following Frey’s death, it was Vince Gill who sang it at concerts.