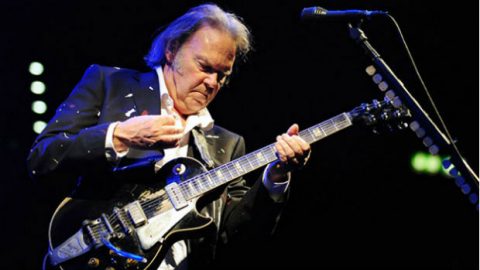 Neil Young’s “Heart Of Gold” is undeniably one of his biggest hits. But it surely made some critics argue if the song was good or bad. Here are some 5 facts behind the song list down below,

1. Passionate or Lazy?
“Heart of Gold” is part of Young’s highest-charting album 1972 Harvest. But Rolling Stone took a rude review on it and described the album as “superstardom’s weariest clichés.” Some people argue that the songs are either a direct metaphor or lacking of sentiments. Thus, the lyrics of “Heart of Gold” is either very touching or just overemotional.

2. The Challenges
“Heart of Gold” was recorded at the first sessions for the Harvest album, which took place on Saturday, February 6, 1971. During that time, Young suffered a back injury that made it difficult for him to play the electric guitar, so on the album he played acoustic. But the real challenge for Young came after the album was made. His son Zeke was born with cerebral palsy, his friend Danny Whitten died, and he split with his girlfriend, Carrie Snodgress. Young’s next three albums, which became known as “The Ditch Trilogy,” expressed these dark times and came out as the total opposite of “Heart of Gold.”

3. On the Top!
The song became Young’s biggest hit as a solo artist. It reached #1 on the Hot 100 on March 18, 1972. Young became the first Canadian to have a #1 album in the US when Harvest topped the Billboard 200 for two weeks in April 1972. He has never been too concerned about making hit records. His next-highest Hot 100 entry was his next single “Old Man” reaching #31.

In an interview with the Musicians Hall of Fame, he said that “Heart of Gold” would not have been a hit and the album would not be successful without the musicians who played on the tracks, especially the drummer Kenny Buttrey.

4. Young on his “Heart of Gold”
In the liner notes to Young’s Decade collection, he said:

“This song put me in the middle of the road. Traveling there soon became a bore so I headed for the ditch.”

His statement was reflected to his disapproval to his fame and wasn’t meant to degrade the song. Later, in an interview with NME, he clarified:

“I think Harvest is probably the finest record I’ve made.”

5. Bob Dylan’s review
It’s not a secret that Young looks up to Dylan. But when Dylan heard the song he thought Young was going too far. As quoted in Neil Young: Long May You Run: The Illustrated History, Dylan complained,

“I used to hate it when it came on the radio. I always liked Neil Young, but it bothered me every time I listened to “Heart of Gold.” I’d say, that’s me. If it sounds like me, it should as well be me.”