5 AC/DC Songs That Influenced A Generation 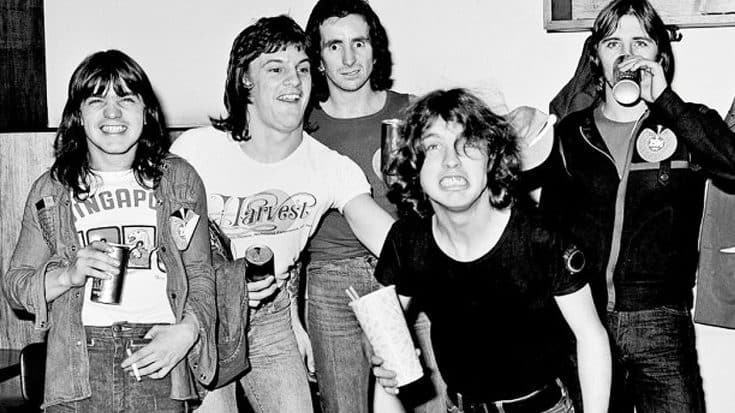 One of the most legendary bands in the rock history AC/DC, released a lot of iconic songs that deeply influenced their fans and other artists. Here’s five of them,

1. Back in Black
From AC/DC’s seventh album of the same name in 1980 that was released five months after lead singer Bon Scott died. The song is a tribute to Scott. “Forget the hearse ’cause I never die” imply that he will live on forever through his music. Brian Johnson lead the vocals. It was AC/DC’s most popular album that has sold over 19 million copies in the U.S. and over 40 million sold worldwide, proving that the band could indeed carry on without Scott.

2. Highway to Hell
It’s the opening track to their 1979 album Highway to Hell. Others say that it’s about the band touring in America. But it’s actually a nickname for the Canning Highway in Australia. “No stop signs / Speed limit / Nobody’s gonna slow me down” describes the road where lead singer Bon Scott lived in Fremantle and ends at a bar called The Raffles, which was a big rock ‘n roll drinking hole in the 1970’s.

“Ain’t nothing I would rather do / Going down, party time / my friends are gonna be there too.”

“It started off from a little trick that I had on guitar. I played it to Mal and he said, ‘Oh I’ve got a good rhythm idea that will sit well in the back.’ We built the song up from that. We fiddled about with it for a few months before everything fell into place. Lyrically, it was really just a case of finding a good title, something along the lines of ‘Powerage’ or ‘Highway To Hell.’ We came up with this thunder thing and it seemed to have a good ring to it. AC/DC = Power. That’s the basic idea.”

4. You Shook Me All Night Long
From the 1980 album Back in Black. It’s the first AC/DC single featuring new lead singer Brian Johnson and their first song to reach the American Billboard Top 40. He said it was inspired by looking at pictures of American Girls and realizing that cars and women were very much alike:

“They go fast, let you down, but then make you happy again when you see the new model. AC/DC has never been known for deep, sensitive lyrics.”

“She was a fast machine, she kept her motor clean.”

5. Hell’s Bells
Also from 1980 Back in Black. The song is famous for the bell sound at the start. It was used in Major League Baseball as a signal for entrance of San Diego Padres relief pitcher Trevor Hoffman and later on in 1989 movie Major League, where Charlie Sheen’s character comes in. Four years after this song came out, Metallica released “For Whom The Bell Tolls,” which also opens with a bell.