40 Years Ago: The Heat Is On As Lynyrd Skynyrd Bring “I Got The Same Old Blues” To The Winterland 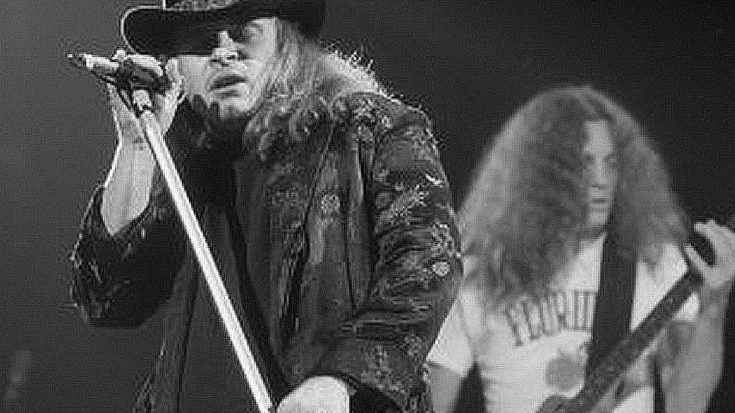 Spanning both North America and Europe, Lynyrd Skynyrd’s Gimme Back My Bullets Tour was one for the record books, with 73 dates across the world over the course of 7 months and spawning legendary shows like the much talked about March 7, 1976 show at San Francisco’s Winterland Ballroom.

An entirely sold out affair, Skynyrd’s Winterland show proved that Southern rock wasn’t just alive and well in the South – fans in San Francisco just couldn’t get enough of the band’s defiant Southern swagger, combined with an infectious guitar and piano driven groove that came out in full force as they reveled in Skynyrd’s swampy takes on the songs we’ve come to know and love, including a cover of J.J. Cale’s “I Got The Same Old Blues” that seriously got the house rockin’ that night!

Shot entirely in black and white, this footage of Lynyrd Skynyrd at the Winterland Ballroom shows a band fiercely in tune with each other as guitarists Gary Rossington and Allen Collins unleash a twin guitar attack highlighted by Rossington’s exemplary slide work, and Ronnie Van Zant is everything a great rock and roll frontman should be as he commands his stage with the ease of a man who was clearly born to do this as he delivers one of the best takes on this J.J. Cale classic that we’ve ever seen. It’s one of our favorite moments in Skynyrd hystory and after giving this video a spin or two, we’re positive that it’ll be one of yours too!