40 Years Ago: AC/DC’s “Long Way To The Top” Video Goes Down In History 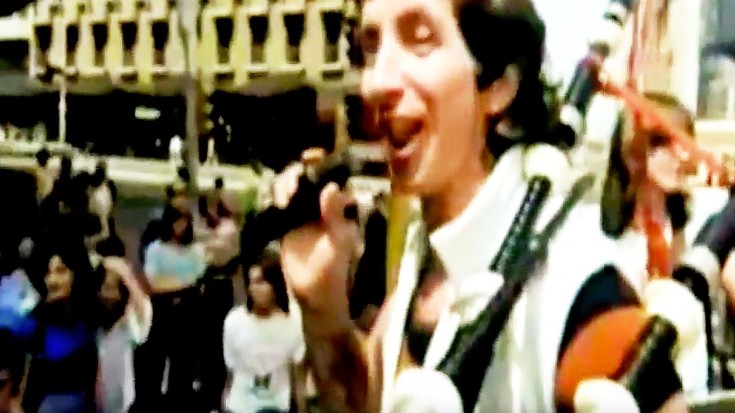 Has It Really Been That Long?!

AC/DC‘s 1976 music video of “It’s A Long Way To The Top (If You Wanna Rock N’ Roll” was released 40 years ago this month- yes, it has already been 40 years…. can you believe it?! As they cruise the streets of Australia, AC/DC brings the fire and the bagpipes to whole different level in this publicly EPIC video.

It was the band’s best single to date reaching #5 in the Australian charts. Heavy metal tracks are usually dominated by ego-tripping guitar solos; this song is unusual because instead of a lengthy guitar solo it features interplay between Angus Young on lead and Bon Scott on the bagpipes.

From the band’s T.N.T album released in ’75, the track was the first on the album and became Bon’s signature ballad as current lead singer Brian Johnson won’t sing it out of respect for the lost rockstar.

Depicting the very struggle the band went through to make it to the top, they express their undying commitment to rock and roll in “It’s A Long Way To The Top” when they felt the world was not yet utilizing their unique and passionate talents.

We don’t know about you, but every time we hear this song we wish we could get up on that stage and rock out with Bon and Angus! As one of our favorite AC/DC songs, we figured this rare performance would be the perfect treat! Enjoy!