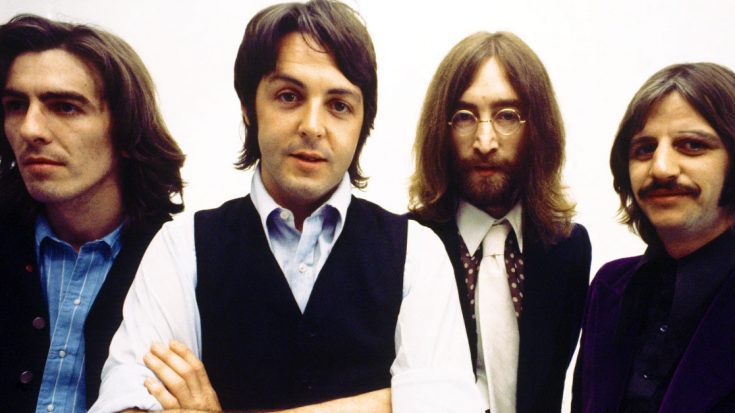 For rock fans, there’s nothing more devastating than the thought of your favorite band one day deciding to call it quits. Whether it’s due to the death of a founding member, years of fighting or decades long feuds stemming from everything from creative differences to just a basic dislike for each other, it’s always a sad day when truly great bands leave us.

In the case of feuding bands, it’s even more devastating when they come to realize the time wasted  only after losing a former bandmate to death and disease – but as we saw in 2016, there’s joy to be found when even the most fractured of bands prove the world (and themselves) wrong when they’re able to come roaring back for one last hurrah. Here’s a look at 4 devastating band splits and a special look at the one band who managed to defy the odds:

From Triumph To Tragedy

One of the greatest rock bands of the 20th century, Led Zeppelin left millions of fans across the world dazed and confused with their blistering, blues soaked brand of hard hitting rock and roll; one of the most successful, innovative, and influential rock groups in history, Led Zeppelin’s decline began in 1975 when a car crash that August severely injured frontman Robert Plant forced the band into a forced hiatus, keeping them from touring for the entirety of 1976. The band returned in 1977 with a record setting North American concert tour, tragically cut short by the sudden death of Plant’s 6 year old son Karac and throwing Led Zeppelin’s future up in the air; by 1980, just as it seemed as if they were finally finding their footing again, tragedy struck yet again with the sudden death of Led Zeppelin drummer John Bonham on September 25th, 1980.

Devastated beyond all belief, the surviving members of Led Zeppelin issued the following statement on December 4th, 1980: “We wish it to be known that the loss of our dear friend, and the deep sense of undivided harmony felt by ourselves and our manager, have led us to decide that we could not continue as we were,” and just like that, Led Zeppelin was no more.

With a musical style that encompassed the roots rock, swamp rock, and blues rock genres, Bay Area rockers Creedence Clearwater Revival are among one of the most fiercely respected bands in the classic rock pantheon, leaving their mark on the music world with classics like “Born On The Bayou” and singer John Fogerty’s love letter to Woodstock, “Have You Ever Seen The Rain”. As brilliantly as they dazzled us for the 5 years they remained on the scene between 1967 and 1972, all wasn’t well within the ranks of the band; John Fogerty’s rigid, ‘my way or the highway’ approach to songwriting resulted in his bandmates Tom Fogerty, Stu Cook and Doug Clifford feeling underappreciated and deeply unsatisfied, and 6 months after a lackluster two-month, 20-date U.S. tour in 1972, Creedence Clearwater Revival split.

They reunited twice in the 1980s – once for Tom’s wedding in 1980 and again in 1983 for their high school class reunion – but in 1990, any hopes of a proper CCR reunion were dashed with the death of Tom Fogerty, with whom John never reconciled.

Wish You Were (Still) Here

British rock legends Pink Floyd achieved international acclaim with their progressive and psychedelic music, dominating the sonic landscape of the 1970s with epic concept albums that challenged everything rock fans thought they knew about rock music and crushing impossible records with 1973’s Dark Side of the Moon, which went platinum a combined total of 70 times in over 11 countries. The musical machine that was David Gilmour, Roger Waters, Richard Wright and Nick Mason began to fall apart in 1979 with the exit of Wright, who cited creative tensions, followed by the exit of Waters in 1985, leaving Gilmour and Mason to continue on as Pink Floyd until Wright rejoined them in the late 80s, touring until 1994 before ultimately calling it quits.

In 2005, Pink Floyd reunited – yes, even Roger Waters – for Live 8 to the delight of millions across the world who thought they’d never see the day, but sadly that was to be the last time we’d ever see all four members of Pink Floyd together on one stage. Richard Wright died in 2008, officially marking the end of Pink Floyd.

On February 9th, 1964, the world was shaken with the force of a thousand nuclear bombs. No, it wasn’t a nuclear attack – that was the sound of teenaged girls in over 73 million American homes tuning in to The Ed Sullivan Show, screaming and crying at the sight of a rock band out of Liverpool called The Beatles. For the next 6 years, The Beatles weren’t just a band, they were a phenomenon; dominating airwaves and album charts all over the world, The Beatles quickly became the best selling band in modern history – a title they still hold to this day – but by 1966, it all started to unravel.

Fatigued, frustrated, and desperately wanting to make music on their terms that fully showcased the depths of their talent, The Beatles toured one last time in August of 1966 before becoming strictly a studio band and releasing 5 iconic albums before rising tensions both internal and external prompted the band to call it quits in 1970. While the solo efforts of Paul McCartney, John Lennon, George Harrison and Ringo Starr all featured each other at one time or another and achieved great success, there would never be a proper Beatles reunion; John was killed by shooter Mark David Chapman in 1980 and George died in 2001 following a lengthy battle with throat cancer, leaving only Paul and Ringo to carry the legacy.

And The One Band Who Defied The Odds…

Welcome (Back) To The Jungle

When Axl Rose quipped that there would never be a classic Guns N’ Roses lineup reunion in 2012 – at least, “Not in this lifetime” – we believed him. In fact, we hated him for it.

Until last year, that is. News broke last summer that Axl and Slash had done the impossible and patched things up after their 20 year feud and by January of 2016, had plans to take over the rock world with a series of spring and summer shows that ultimately gave way to what fans have waited over 20 years for: a ‘classic’ lineup reunion summer tour, appropriately titled the Not In This Lifetime Tour. Reunited, revitalized, and ready to take over the world, Guns N’ Roses embarked on a 32 date concert tour that defied the odds in every way, with 3 hour shows that seemed to get better and better with each passing night. Axl Rose is the best we’ve ever seen him, lightyears away from the immature kid we remember from 25 years ago and with his classic lineup bandmates Duff McKagan, Slash, and former drummer Steven Adler who made appearances at various points in the tour, the rock and roll machine Axl built is unstoppable in a way it’s never been before. Welcome back to the jungle, boys. We missed you.