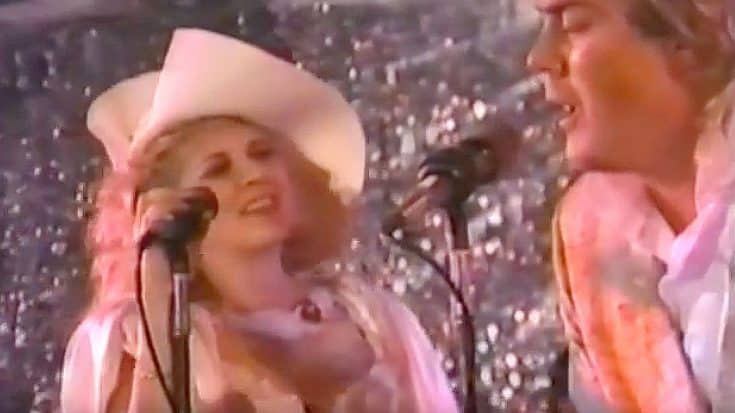 When Mick Fleetwood married Sara Recor on April 24, 1988 in a lavish ceremony at their Malibu home, it was an affair to remember. With a guest list that included everyone from Chubby Checker to Bob Dylan and a special appearance by Lindsey Buckingham after months of silence following a particularly ugly confrontation at bandmate Christine McVie’s home, it’s pretty safe to say that the Fleetwoods tied the knot in style – but no wedding is complete without a reception after and, in keeping with the spirit of the day, there was one hell of a party to be had once the sun went down!

In a moment that makes us green with envy, a singalong broke out onstage; rounded out by Fleetwood Mac singer Stevie Nicks, the group consisted of the late Ray Kennedy, Dave Mason, and Robbie Patton on vocals, with newlywed Mick Fleetwood on drums, John McVie on bass, Jeff Healey on guitar, and the LA Philharmonic players, all taking turns trading licks on an off the cuff cover of Sam Cooke’s “Bring It On Home To Me”.

Fun Fact: A pop standard covered by everyone from Rod Stewart to Martina McBride, “Bring It On Home To Me” is one of The Rock and Roll Hall of Fame’s 500 Songs that Shaped Rock and Roll.

The night, already full of joy and more than enough love to go around, was blessedly caught on camera by Grapevine Studios and captures Stevie and company at a wonderfully lighthearted moment – laughing, hugging each other and throwing arms across each other’s shoulders as they sang, making for an incredibly warm, fun glimpse into Fleetwood Mac’s world that we’re sure you’ll love as much as we do. Happy viewing!