26 Years Later, Extreme’s Nuno Bettencourt And Gary Cherone Are Back With “More Than Words” 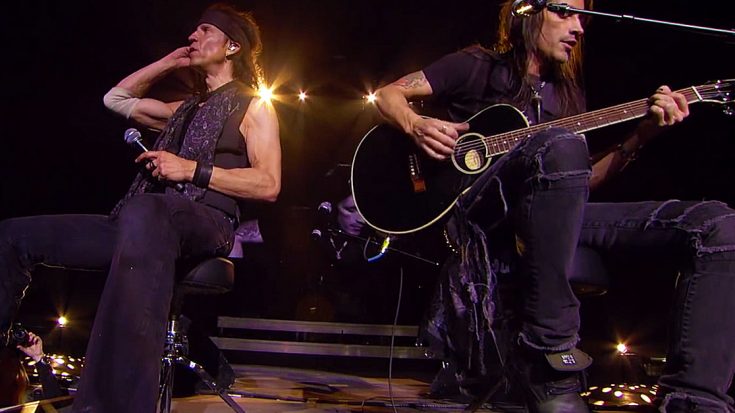 Featured on their breakthrough album Pornograffiti, Extreme’s “More Than Words” is 26 years old and even after nearly 3 decades remains one of the finest examples of singing, songwriting and all around musicianship to come out of the 1990s. With flawless harmonies from Gary Cherone and Nuno Bettencourt highlighted by Bettencourt’s delicate fingerpicking and gentle tapping against his guitar, “More Than Words” always makes us stop and marvel at the level of talent and passion that went into their studio performance – but as you’re about to see, even nearly 3 decades later, Extreme’s talent doesn’t just stop at the studio doors, it extends into one of their greatest live performances!

Fun Fact: “More Than Words” was a favorite of  Tejano music superstar Selena, so Extreme played and dedicated the song to her after her death in 1995.

Featured on Extreme’s Pornograffiti Live 25: Metal Meltdown DVD, this performance of “More Than Words” captures Extreme in the middle of yet another watershed moment in their career as they explore not just their biggest hit to date, but the entirety of Pornograffiti for the very first time. Together and armed with only an acoustic guitar, their voices, and an audience to help sing along, Cherone and Bettencourt proved that those flawless harmonies and that stellar musicianship weren’t just the product of studio magic – if anything, “More Than Words” is better than ever, re-introducing the world to the magic that happens when Gary Cherone and Nuno Bettencourt are in the same room.