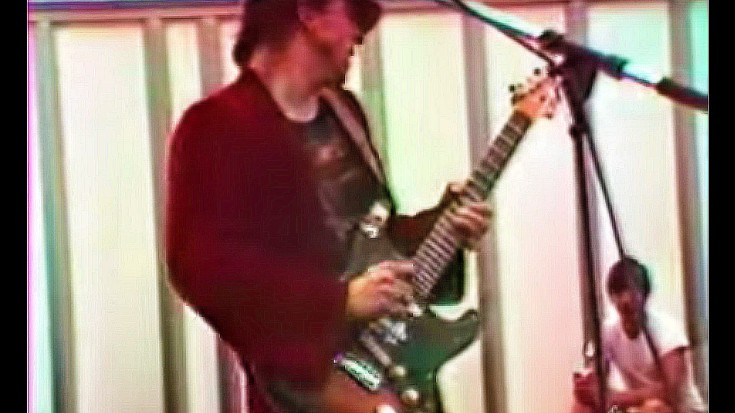 It’s always a treat when we come across footage of the late, great Stevie Ray Vaughan that not even we’ve seen – and trust me, we’ve seen it all! Lucky for us, lifelong Stevie fan John Cline managed to catch one of the earliest known recordings of Stevie performing live and while it’s not one of the massive stages he’d play within just a few short years of this 1980 performance, it’s still an absolute gem – and we can’t stop watching it. It’s 1980, and Stevie Ray Vaughan is just months shy of his 26th birthday; at 25, he’s already holding audiences captivated and this performance at Lubbock, Texas’ 1st Tornado Jam is no exception, with the crowd going absolutely wild for the skinny kid in the slightly too-big red blazer, tearing through his rendition of Albert Collins’ ‘Collins Shuffle’.

Dancing around onstage and sweeping at his guitar strings in this exaggerated windmill motion, it’s like we’re looking at a completely different Stevie Ray Vaughan; we know that he had endless amounts of talent coursing through his veins, and we can only imagine that at times it must have been the most frustrating thing to not say all that he wanted to say with his guitar. Three years later he’d be catapulted into legend with the release of Texas Flood, but for now, our favorite guitarist was happy just playing his heart out to a crowd in one of his favorite places in the world.

Check out this early footage of Stevie Ray Vaughan at the first Tornado Jam in Lubbock, Texas on May 11, 1980! Were you there??