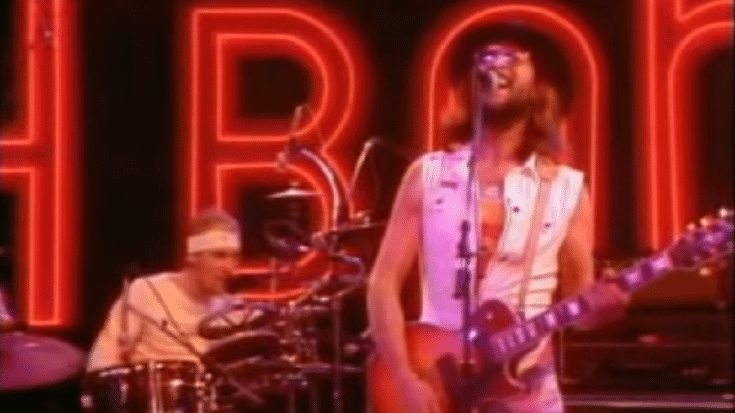 An Unforgettable Performance Of A Classic Tune

“Blinded by the Light” was actually written and originally recorded by Bruce Springsteen. It was the first single from his debut studio album Greetings from Asbury Park, N.J. Unfortunately, it was a commercial failure and didn’t even make it to the charts. A few years later, Manfred Mann’s Earth Band covered the song and released it on The Roaring Silence. It was a massive hit for them and topped the charts both in the US and Canada.

Aside from lyrical changes, Manfred Mann’s version also included the now-famous “Chopsticks” melody. How did that came about? According to Mann:

“The real problem was how to get from the chorus to the verse smoothly. The way we did it on the album wouldn’t work. I just couldn’t figure out a way to do it. And then – and this is why you need to be in a band – our drummer Chris Slade said: ‘Play Chopsticks over it’. We already had that elsewhere in the song, and I told him it wouldn’t work. But he kept insisting, and I kept saying no, until I suddenly realised that he wasn’t hearing Chopsticks itself, just the chords, which fitted perfectly.”

Now check out this magical live performance of the song on The Midnight Special in 1975. The guitar solo and pretty much everything about it is gold.