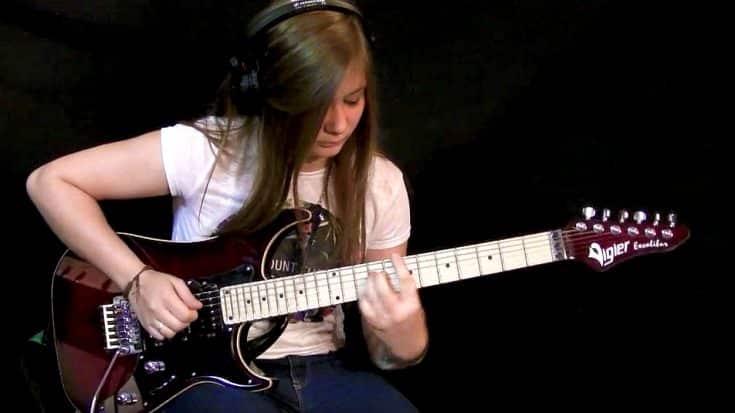 This is a cover that even David Gilmour of Pink Floyd would be proud of! Tina S. is a 15-year old teenager from France that’s been causing quite a fuss with her guitar covers, ranging from Eddie Van Halen’s ‘Eruption’ to Dragonforce’s 8 minute epic ‘Through The Fire And The Flames’ with each one growing in impressiveness and technical skill.

In this video, the teen took on the solo from Pink Floyd’s iconic ‘Comfortably Numb’, delivering a performance nothing short of absolutely breathtaking and technically skilled beyond belief!

I’m still blown away by the precision and speed with which she plays.

Of course, Tina gets her fair share of criticism on her videos – all of which have no less than 11,000,000 views. However, the junior guitar goddess had some choice words for anyone questioning her abilities:

To those [ladies] about to rock, Tina S. salutes you: “These old prejudices will eventually disappear if we keep persevering and never surrendering,” she says. “To be a woman is by no means a weakness nor a shame but a strength.”