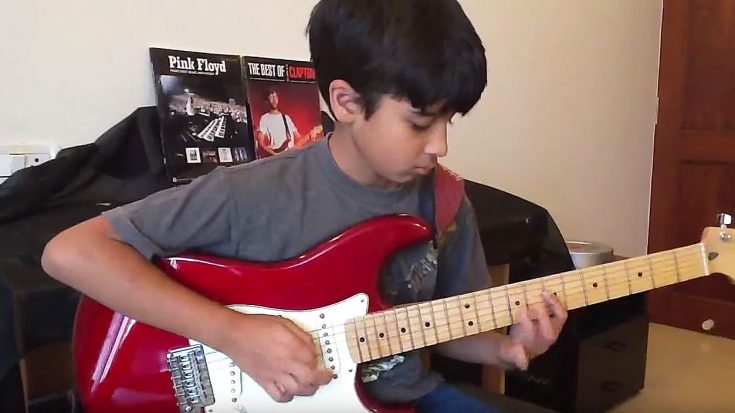 This Kid Is The Future Of Music!

He was, is, and always will be one of the most influential musicians in history. So with all of these accolades mentioned, it would seem as if David Gilmour’s game is a man’s game, or so you would think…

What you’re about to watch is a video in which an 11-year-old boy by the name of Ashwin picks up his guitar and plays the solo to the aforementioned song Comfortably Numb. This young man puts on a clinic and puts other guitarists to shame. This young man is the future of music. Don’t believe me? See for yourself!