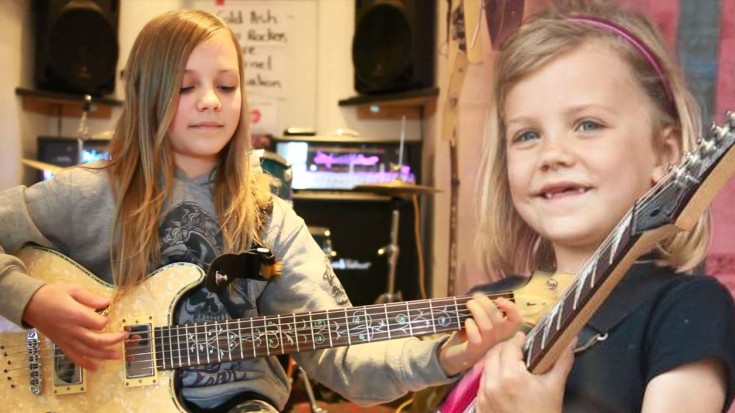 Steve Vai has some serious competition in young Zoe Thomson

Zoe Thompson is back again, and this time she is proving, stronger, faster and more advanced than we’ve ever seen her. I mean, she’s a big ten years old now, so what would we expect?

Zoe hails from Berkshire, UK and has made a a serious name for herself- so it’s no surprise she is gaining praise from millions of fans across the world.

In this clip,  Zoe shreds “Highly Strung” by Steve Vai and Orianthi. It’s truly inspiring to watch such a young girl dedicated to perfecting her craft. With every song she covers, she continues to grow and its fascinating to see.

While Zoe is lead guitarist in the band- The Mini Band– theres no doubt she stands out on her own. The members of the band all range from ages 11-14, and show no signs of slowing down. Especially with this young prodigy on their side!

Can’t get enough of this incredible display of talent? Check out some of Zoe’s other covers, here!