10-Year Old Krizten Shows Us All How It’s Done With Her Cover Of Jimi Hendrix’s “Red House”! 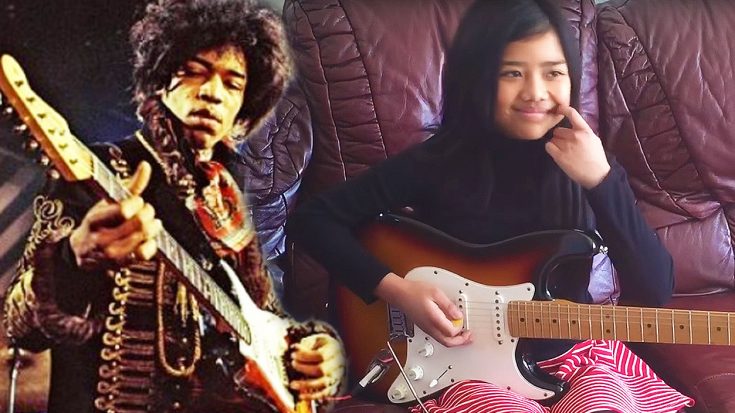 It’s hard to argue that guitarist is better than the great Jimi Hendrix. Hendrix revolutionized the instrument, and his legacy still lives on well today. 10-year old guitar prodigy Krizten Centino took on one of Hendrix’s most popular, and most difficult songs: “Red House.” The song is bluesy, a little unorthodox from what we normally hear from Hendrix, but Krizten took on the song and absolutley nailed it!

Fun Fact: “Red House” is a scorching blues number where Hendrix sings about returning home to see his girl, who lives in a red house. When he gets there, his key won’t work, and he realizes she doesn’t live there anymore. Instead of wallowing in his misery, he turns back and decides to pay a visit to her sister.

Krizten’s skill is extremely impressive for a 10-year old! Her fingers move incredibly fast along the frets, and the solo she is able to pull off in this song is phenomenal! Jimi would definitely be proud and in awe of her talent, especially at a young age! Krizten also has some other great covers on her channel, so be sure to check those out as well!

But in the meantime, enjoy her epic cover of “red House” down below!