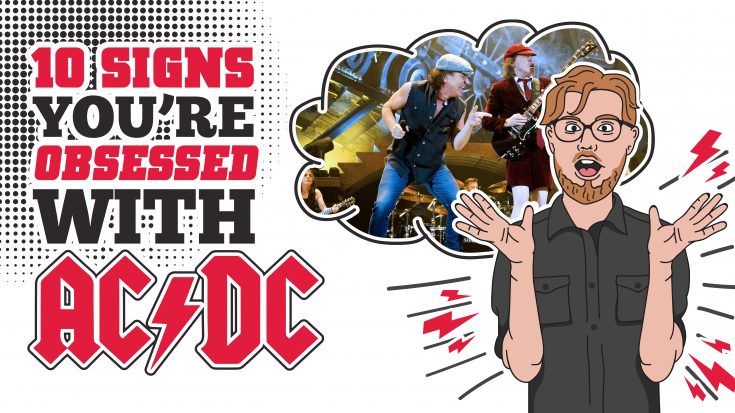 You may own every AC/DC  album in every possible form. You may know all the lyrics to all the AC/DC songs. You may have gone to an AC/DC concert more times than you’ve ever gone home for Christmas. You may know every quirk and move of all the band members. Hell, you can’t drive your car without busting out AC/DC on your radio! But how obsessed of a fan are you?

Click through to find out the 12 signs you’re obsessed with AC/DC.

10) You think about the band every time you see a sewing machine because you know that’s where the most iconic band name came from.