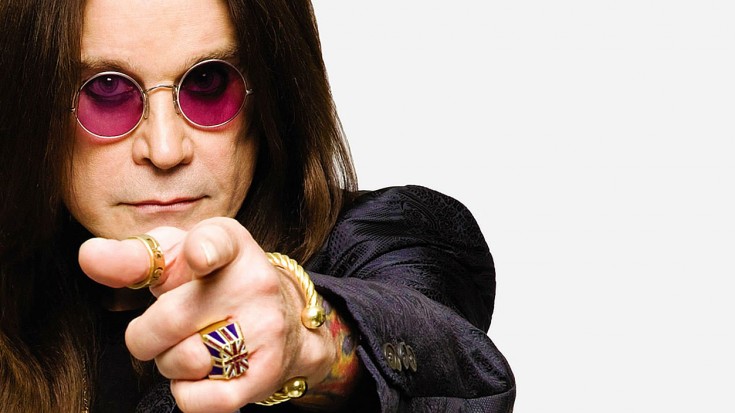 December 3rd marks the 67th birthday of rock’s crown prince of darkness, Ozzy Osbourne. He’s made a career of defying the odds – losing everything to addiction, only to come back in full force with an explosive solo career, a powerful legacy as the frontman of Black Sabbath, a stint as a reality tv star, and perhaps his most important role so far: a devoted husband, father, and now grandfather.

In honor of Ozzy’s 67th birthday, here’s a look back at the top 10 moments in his life that have made us laugh, gasp, and even cringe a little.

10. That Time Ozzy Hit The Small Screen In MTV’s The Osbournes

“SHARON!” Ahem – sorry, had to get that out of our systems. In 2002, Ozzy let MTV’s cameras into his world to film The Osbournes, a hilarious romp through the life of metal’s first family. We thought it would be gloom and doom, but it was household chores, dogs peeing on carpets, and pearls of wisdom only a dad like Ozzy can give: “Jack, stop telling people you’re Ozzy Osbourne’s son to get into places, you’re a f*!#ing loser!”

9. That Time We Discovered That He Really, Really Hates Bubbles 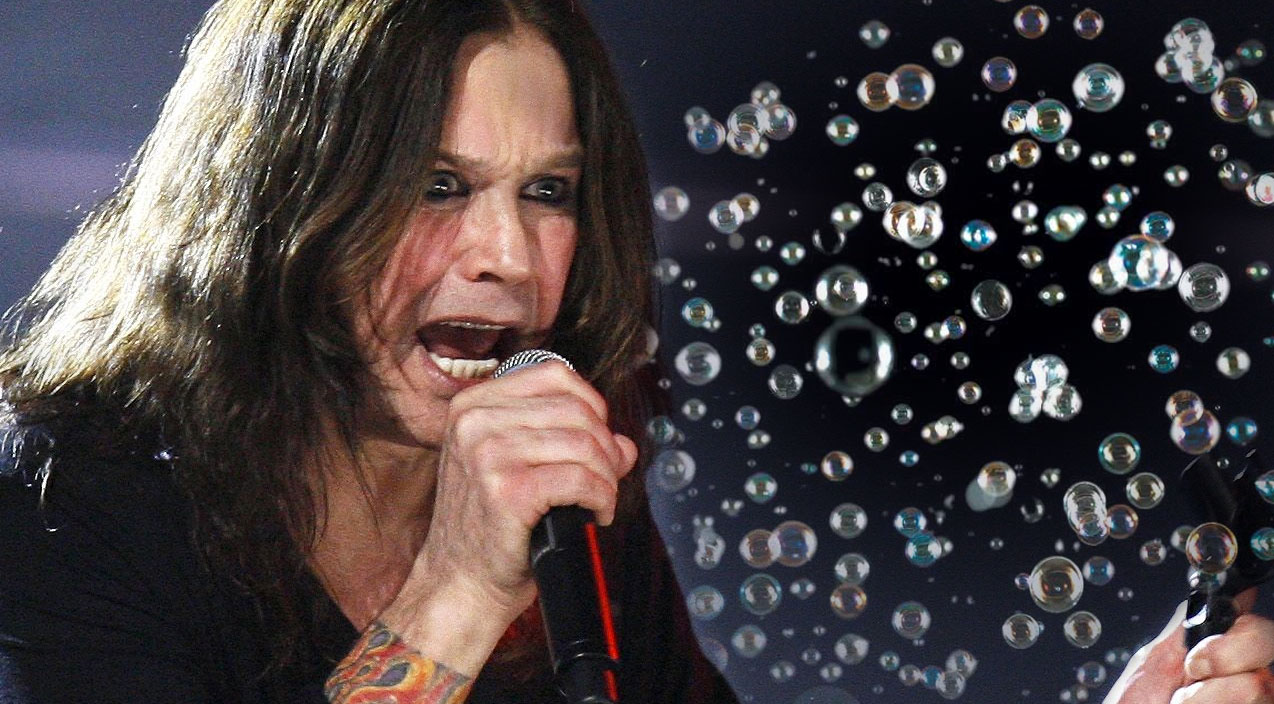 If you were hoping to see the Prince of Darkness come onstage with Black Sabbath while enshrouded in bubbles…we’re sorry. According to Ozzy, nothing’s less evil, dark and foreboding than a bubble machine.

8. That Time Ozzy Went To Jail For Burglary

Before he was the Prince of Darkness, Ozzy was the Prince Of Thieves. The Black Sabbath singer did 6 weeks in jail as a youngster for petty burglary, and learned his lesson pretty quickly – after his father refused to bail him out. We can’t make this kind of stuff up, you guys. While on tour in the 80’s with Mötley Crüe, Ozzy actually snorted a line of ants after being told there was no more cocaine. Suddenly, my wild and crazy weeknight where I stayed up until 11:30 seems really lame.

6. That Time We Nearly Lost Him To A Quad Accident

In 2003, Ozzy nearly lost his life when he was involved in an accident while riding his ATV. Despite breaking his collarbone, several ribs and a vertebra in his neck, Ozzy recovered beautifully – and sold his collection of ATVs and quads shortly after. Whew – what a close call!

5. That Time Ozzy Trashed A Hotel Room…With A Dead Shark

A dead shark, you guys. If you were going to ask if drugs were involved in any way…yes. The answer is absolutely yes.

4. That Time He Spent The Night In Jail For Urinating On An Unmarked Police Car

This wouldn’t be the first time Ozzy was caught with his pants down, so to speak…

3. …And That Time Ozzy Urinated On The Alamo – In A Dress

In the early 80s, Sharon hid his clothes to stop him sneaking out of the hotel in the middle of the night. Never one to admit defeat, Ozzy put on Sharon’s dress and after some wandering about, found himself urinating on The Alamo. In 2015, Ozzy formally apologized to the state of Texas for urinating on the icon of their independence.

2. That Time Ozzy Supposedly Bit The Head Off Of A Dove

This one’s unconfirmed, but hey – you gotta admit, it makes for some great urban legends!

1. The Time He ACTUALLY Bit The Head Off Of A Bat 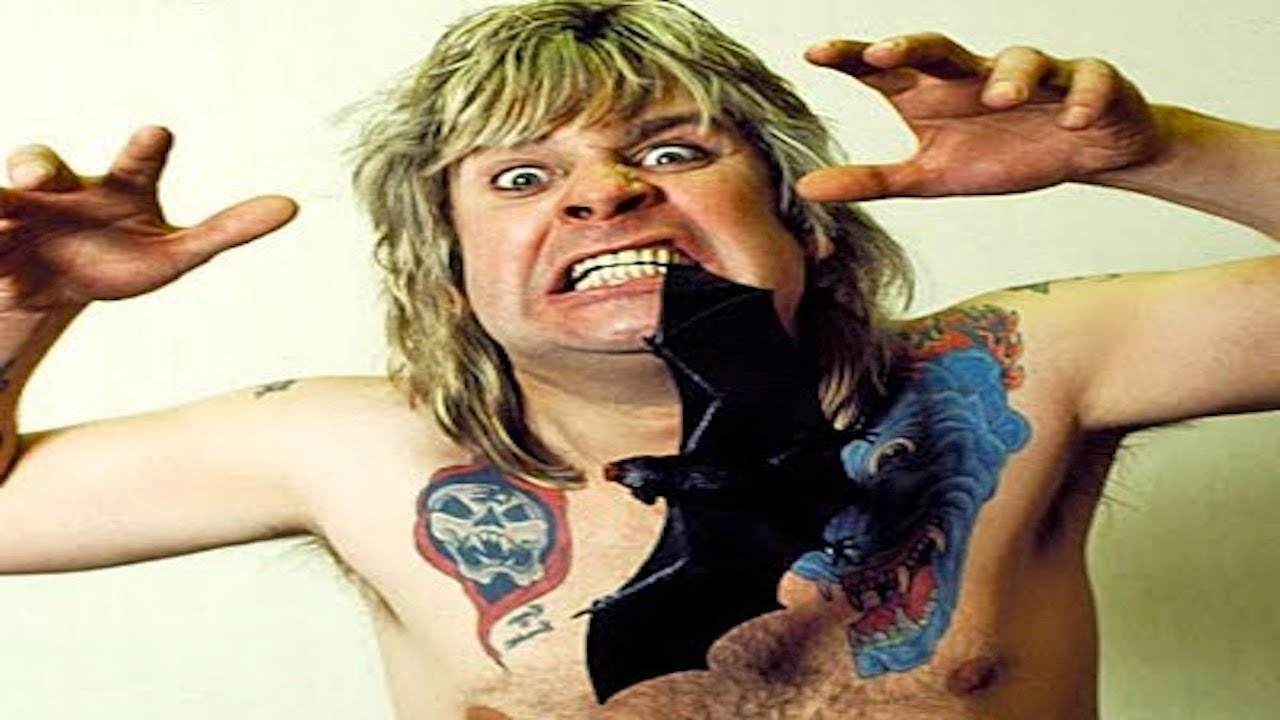 We won’t show you the actual photo or video from the incident, but in 1982, he bit the head off an actual bat during a gig thinking it was a fake plastic toy after fans threw it onstage. Ozzy later joked, “I got rabies shots for biting the head off a bat but that’s OK – the bat had to get Ozzy shots.”

We love you Ozzy, happy birthday!