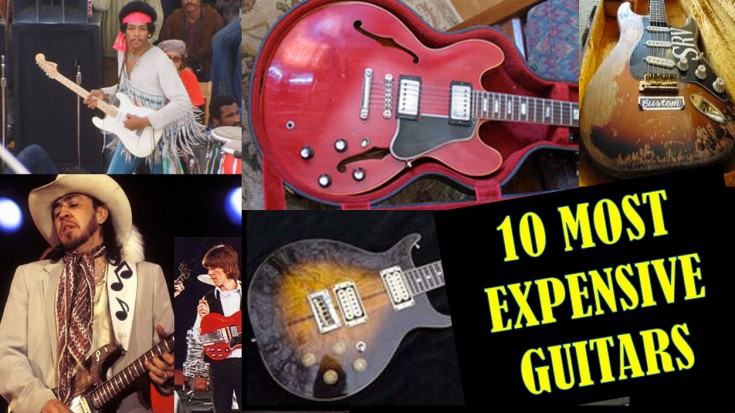 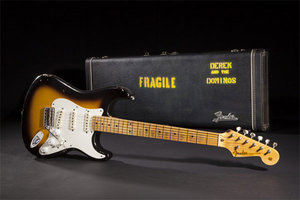 This guitar has been with Clapton through a few phases such as Cream, The Dominoes, and could be described as the Layla guitar. This comes in at number 10 and is currently located at Paul Allen’s Experience Music Project in Seattle. 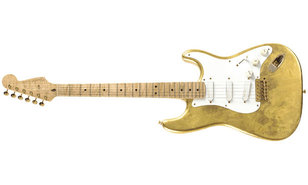 This Gold Leaf Strat was sold to Christie’s Auction House and was custom made for Clapton designed by Fender and some say he intentionally had the look of this to be “hung in a museum”. One thing for certain is, it just LOOKS pricey! 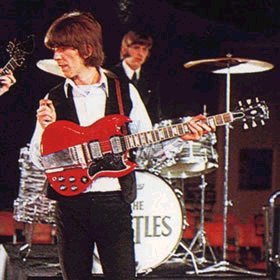 This Beatles guitar appeared in a couple of their albums. Just think about the history of this instrument! Coming from the hands of the ones who took rock n’ roll and made it life. 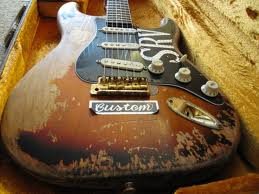 If you’re a musician, specifically guitarist, then you can definitely appreciate all the wear and tear you see on Stevie Ray Vaughan’s very iconic Strat. This blues legend was known to play with some VERY heavy strings. 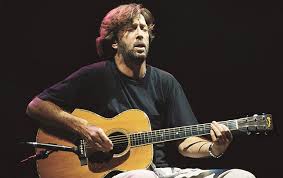 This Clapton acoustic has some very deep powerful meaning behind it. Notably as being used debuting his (probably #1) hit song “Tears In Heaven”, this 1939 CF Martin comes in at the number 6 spot at almost &800K. 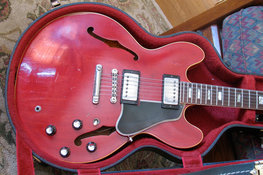 Cream, Yardbirds, Blind Faith, and the Bluesbreakers all say action this guitar. Eric Clapton’s Gibson ES-335 is a real piece of art. 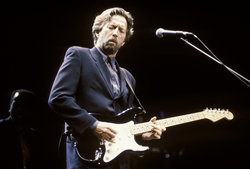 If you don’t know the story behind Blackie, it’s basically parts of 3 Strats put together. He stopped by a guitar shop in Texas and bought 6. Gave 3 away. But this is probably his most iconic guitar of all. 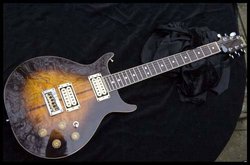 Bob Marley didn’t have a lot of guitars, so it’s no wonder why this one went for so much. Legend says that it is one of the very first Washburns made which also adds value and this particular is a “national treasure” to Jamaica. Wow that’s crazy! 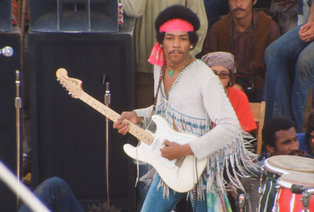 Of course who could forget that Jimi Hendrix is considered by most to be the greatest guitarist of all time. And it’s no wonder it tops the list as a guitar belonging to an artist. Here we see this famous Strat being played at the most iconic festival in history, Woodstock ’69.

To help raise money for the tsunami vicitms in the Indian Ocean back in 2004, this Strat was auctioned off and signed by some of the greatests and most prolific rockstars of all time. Legends such as Mick Jagger, David Gilmour, Jimmy Page, Jeff Beck, Eric Clapton, Keith Richards, Tony Iommi, Angus Young, Sting, and quite a few more. No wonder it’s worth so much! And glad it went to a good cause 🙂