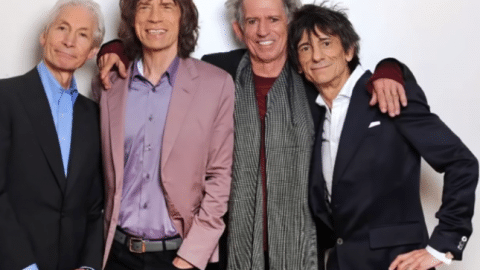 One of the reasons why The Rolling Stones stood out at a time when there was no shortage of talented rockers was because of The Human Riff. Keith Richards may be the subject of countless memes on immortality but in a way, he has already achieved it with a series of timeless tracks under his belt. He’s not the flashiest, most technically proficient guitar player out there, but he knows just how to leave his mark in music.

Here are the best guitar works from the band:

Like every other rock band, the Rolling Stones started out by covering the works of other musicians. “It’s All Over Now” was originally recorded by The Valentinos featuring Bobby Womack, and after hearing the original version, the Stones thought “it was their kind of song”. The Stones added their own flavor to it with Richards’ guitar solo. According to him, John Lennon criticized his guitar solo but everyone else agreed that it’s a fantastic guitar break.

‘(I Can’t Get No) Satisfaction’

Whether it’s true that he wrote it in his sleep or not, the fact remains that the snarling riff is one of the most iconic in rock history. He initially wrote it as a horn part, but it was manager Andrew Loog Oldham who convinced him to just play it on the guitar.

Compared to the other songs on this list, this one’s a slow ballad and it’s not Richards who takes centerstage but the late Brian Jones.
He played the acoustic slide guitar, and it was one of his last major contributions before leaving the band.

A gifted musician like Richards finds inspiration in anything and everything. For their first overtly political song, he was inspired by police-car sirens. With its all-acoustic instrumentation, Richards proved that sometimes, the greatest riffs aren’t electric.

Every member brought their A-game but it’s Richards’ guitar intro that did it. With the bluesy howls, he made himself immortal with this song alone.

‘Can’t You Hear Me Knocking’

Richards knows how to make exciting and addicting openings, as evidence by the one here.

“‘Can’t You Hear Me Knocking’ came out flying – I just found the tuning and the riff and started to swing it and Charlie picked up on it just like that, and we’re thinking, hey, this is some groove,” he recalled. “So it was smiles all around. For a guitar player it’s no big deal to play, the chopping, staccato bursts of chords, very direct and spare.”

‘All Down the Line’

Again with that hypnotic intro. Taylor took over the lead guitar duties while Richards was on rhythm guitar and bass. It’s a straightforward rocker that deserves its classic status.

Richards has quite a range. He can make great riffs for both rockers and slower numbers. And he doesn’t always steal the spotlight, it’s Ronnie Wood who played the mesmerizing solo.

It has its roots from a reggae track called “Never Stop”. They reworked it into a rock ‘n roll song, and it featured one of Richards’ most famous and legendary riffs.