10 Hidden Facts About The Album “Revolver” By The Beatles 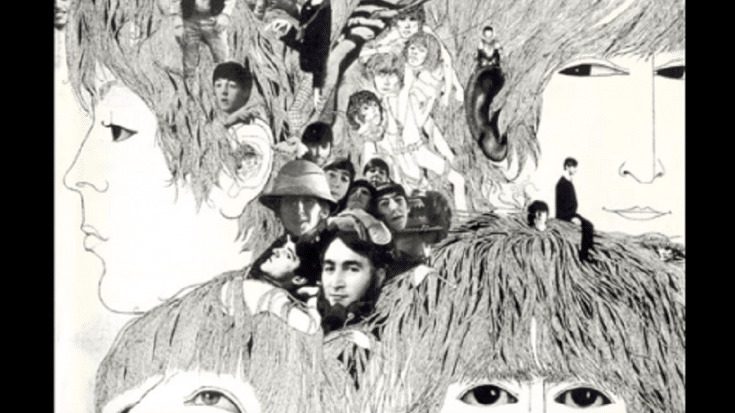 The Beatles were innovators and revolutionaries. They never shied away from taking full advantage of technology. And as a result, they managed to churn out one groundbreaking album after another. In 1966, they released Revolver and changed the game once again. It was a pivotal moment in rock ‘n roll in more ways than one. Modestly speaking, it became one of the most important, influential, and impactful albums of the ’60s.

And so to celebrate this masterpiece, here are 10 facts you probably didn’t know.

10. The artist for the artwork cover was only paid a measly 50 pounds.

Klaus Voormann was a friend of the boys from Hamburg. He worked on the cover for three weeks. When he was done, The Beatles were impressed. While it gave Voorman a Grammy for Best Album Cover, it definitely didn’t fatten his pockets. But in one interview, he said he didn’t mind.

“I would have done it for nothing – and I didn’t feel I was in a position to make it hard for them, by saying, ‘You have to pay me this or that much,'” he said. “They said 50 pounds is the absolute limit for a record sleeve. That’s what I got.”

9. Revolver was supposed to be called Abracadabra.

Unfortunately for them, they found out another band has already used that word.

8. They have never performed any of the song live.

The reason? The songs were too complex to perform in front of a live audience. They used so much studio technique that it became difficult to replicate the sounds on stage.

7. The sound of a seagull in “Tomorrow Never Knows” is actually Paul McCartney’s laughter.

They simply distorted it.

According to engineer Geoff Emerick:

“Paul had conceived ‘Yellow Submarine’ as a singalong, and so a few of the band’s friends and significant others had been invited along for the evening session. By then, everyone was distinctly in a party mood…Following a long dinner break (during which we suspected more than food was being ingested), a raucous group began filtering in, including Mick Jagger and Brian Jones, along with Jagger’s girlfriend Marianne Faithfull and George Harrison’s wife, Pattie.”

5. “Eleanor Rigby” is one of the very few times when all members of The Beatles contributed to the lyrics.

It was written primarily by McCartney but Lennon helped with the first verse, George Harrison came up with the line “Ah, look at all the lonely people”, and Ringo Starr’s contribution was “Writing the words of a sermon that no one will hear.”

Engineer Geoff Emerick revealed in his book that Harrison couldn’t get the solo right which is why McCartney had to step in. In one interview, Harrison said:

“I helped out such a lot in all the arrangements. There were a lot of tracks though where I played bass. Paul played lead guitar on ‘Taxman,’ and he played guitar – a good part – on ‘Drive My Car.'”

3. Most of the songs in the album are less than 3 minutes long.

The only two tracks which made it to the 3-minute mark were “Love You To” and “Tomorrow Never Knows”.

2. The technology used in Revolver was eventually employed in other iconic rock songs too like Bohemian Rhapsody.

Brian May once famously said:

“The Beatles built our bible as far as musical composition, arrangement and production went.”