10 Facts About ‘Desperado’ By The Eagles 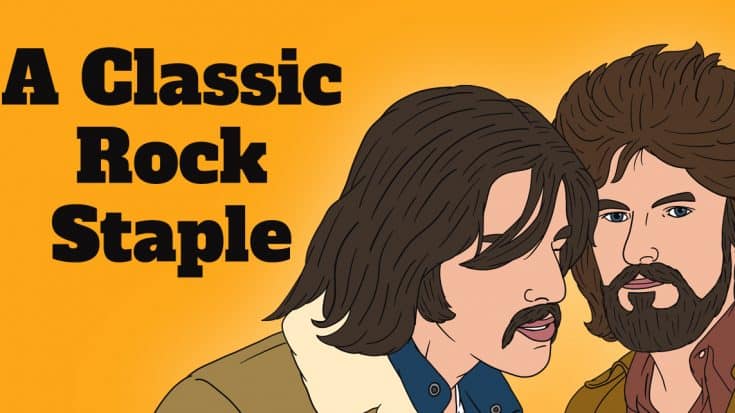 “Desperado” has stood the test of time and remains one of The Eagles best-known and most enduring songs. Here are ten facts about it:

10. It has an Old West theme but Don Henley said, “When I play it and sing it, I think of Ray Charles and Stephen Foster. It’s really a Southern Gothic thing, but we can easily make it more Western.”

9. Henley began writing the song in 1968 but it didn’t go anywhere until he got together with Glenn Frey.

8. The Eagles enlisted the help of musicians from the London Philharmonic Orchestra during the recording at Island Studios in London.

6. It was never released as a single but it was the title track of the band’s second studio album and also became one of their signature songs.

4. It’s the song that kickstarted Henley and Frey’s songwriting partnership. According to Henley, “Glenn came over to write one day, and I showed him this unfinished tune that I had been holding for so many years. I said, ‘When I play it and sing it, I think of Ray Charles – Ray Charles and Stephen Foster. It’s really a Southern gothic thing, but we can easily make it more Western.’ Glenn leapt right on it – filled in the blanks and brought structure. And that was the beginning of our songwriting partnership – that’s when we became a team.”

3. Guitarist Randy Meisner claimed it was him who came up with the guitar intro but that he wasn’t given any songwriting credit.

2. It all came full circle when Linda Ronstadt covered “Desperado” as Henley and Frey were both part of her backing band in 1971. Shortly after touring and recording with her, the pair formed The Eagles. Ronstadt encouraged and supported them. Henley reacted to her cover saying, “I was extremely flattered that Linda recorded ‘Desperado’. It was really her that popularized the song. Her version was very poignant and beautiful.”

1. Henley always pointed out how unsatisfied he was with his vocal performance here. He told Mojo magazine, “When we are in England, recording ‘Desperado,’ I was a nervous wreck. I was standing in this huge room, Island Studios, a big orchestra right behind me, and they were bored to tears. Some older gentleman had brought chessboards and they would play between takes. I would hear these remarks like, ‘Well, you know, I don’t feel much like a desperado.’ I was so intimidated that I didn’t sing my best. Our producer Glyn Johns, who is still a friend of mine, I think, wanted to get the album done quickly and economically, and he didn’t let me do many takes. I wish I could have done that song again.”