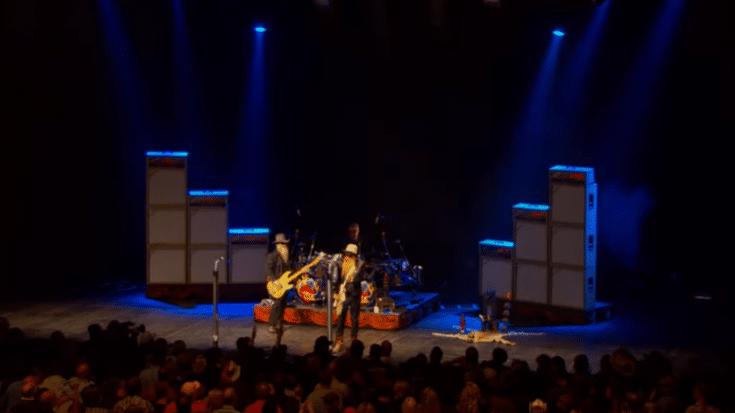 At Their Absolute Best

ZZ Top recently streamed a live performance of their 1975 song “Heard It On The X”. It’s from their 2008 release “Live from Texas” and the clip below was recorded at the Nokia Theatre in Grand Prairie, Texas on November 1, 2007. Their setlist featured some of their best-known songs. The 2LP set is getting a reissue, out on September 25. Pressed on white vinyl, it will be limited to only 1,000 copies.

“Heart It On The X” is about the Mexican “Border Blaster” radio stations with their call letters beginning in “X.”

And so asked if their songs were ever played there, Billy Gibbons answered: “We did, in fact. They do not have a pop music playlist, but the song was brought to attention of the station owner, who, it turns out, is an attorney in Del Rio who considers the station his favorite toy. He decided to have a 15-minute pop music segment, and we did get played on XERF and then on XERB in Rosarita. They also have XROC in Juarez. So it went full circle. We heard ‘I Heard It in the X’ on the X.”

ZZ Top were supposed to go on tour this year but their plans have been derailed because of the current global crisis.