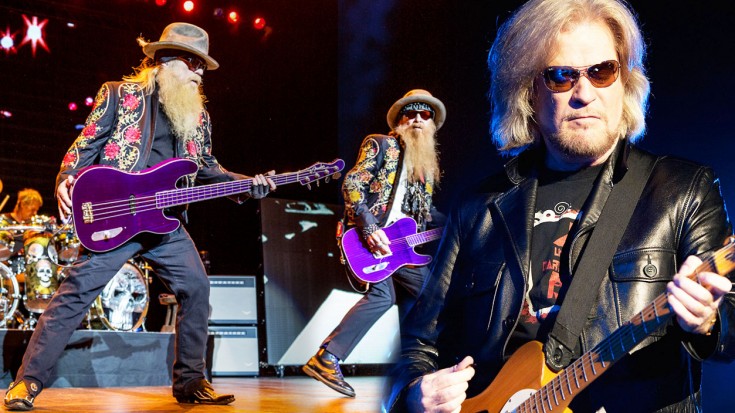 Chances are, even if you don’t know the name of this classic rock staple, you’ve heard the riff thousands of times before. ‘La Grange’ by ZZ Top is one of the most iconic songs ever written, easily recognized by the bluesy, gritty rock intro and Billy Gibbons’ deep Southern drawl.

These bearded boys went down to Daryl Hall’s house to perform ‘La Grange’ – a song that inspired the movie The Best Little Whorehouse In Texas – and it turned into a giant jam session!

ZZ Top invited Daryl Hall and his band to jam with them, and it was a surreal moment for guys who grew up listening to the band.

‘La Grange’ is about a brothel that existed in the town of La Grange, Texas for over 100 years before it was shut down. The song became ZZ Top’s biggest hit!

ZZ Top at Daryl’s house is an absolutely amazing performance! They’re so casual and having such a great time, jamming with a bunch of guys that grew up idolizing and respecting them.

It feels like they’re back home in Texas, just jamming on the back porch with a few beers and a few friends!

Well, I hear it’s fine
If you got the time
And the ten to get yourself in
A hmm, hmm
And I hear it’s tight
Most every night
But now I might be mistaken
Hmm, hmm, hmm