Caught On Camera: Zakk Wylde Teams Up With Corey Taylor For Epic Cover Of War Pigs! 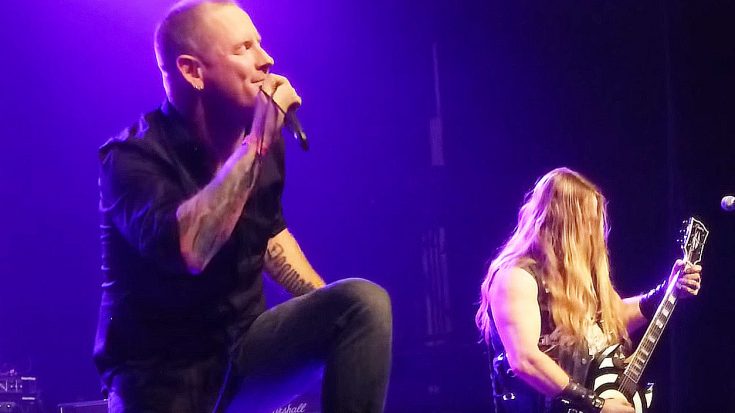 Now, we’ve said a million times just how much of an impact Zakk Wylde has made on other guitarists. So to sum it all up, I’ll say what I usually say about Zakk Wylde. He is undoubtably one of the most aggressively innovative and uniquely prolific guitarists of the last 30 years. He has a style and signature sound that is unmatched and he it is safe to say that he is often imitated, but never duplicated. All that being said, can you imagine what it would be like for him to have three other musicians of the same status join him on stage for one epic performance? Well, imagine no longer!

What you’re about to watch is Zakk Wylde, Corey Taylor, Jason Newstead, and Charlie Benante all take to the stage for a surprise performance in which they give a rendition of the classic Black Sabbath song War Pigs. If you’re a fan of any of these elements. this is a must watch!