You’ve Never Heard The Beach Boys’ “Surfer Girl” Quite Like This – Or HAVE You? 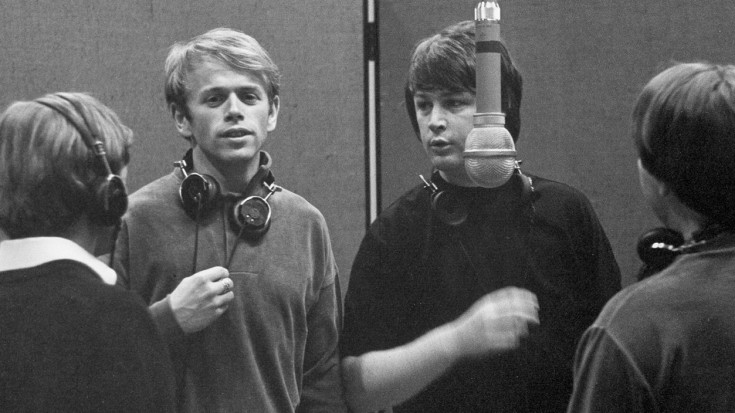 It’s hard to imagine the Beach Boys’ 1963 classic “Surfer Girl” as anything but the bright, easy, breezy track that made it onto their third studio album (also titled Surfer Girl) – but this week, the earliest known version of the song surfaced and it sounds almost nothing like the final version!

Featured on a soon to be released set of Beach Boys demos entitled Becoming the Beach Boys: The Complete Hite & Dorinda Morgan Sessions, this demo of “Surfer Girl” was recorded between September 1961 and March 1962 by producer Hite Morgan and rather than the bright, happy sound of the final cut features an almost out of tune intro followed by a noticeably slower tempo and employing a 50s doo-wop approach to the Beach Boys’ iconic 5 part harmony.

Ending abruptly with a “Stop the whole thing,” this demo of “Surfer Girl” gives an unprecedented glimpse into the early days of the Beach Boys – originally known as The Pendletones – as they crafted one of the most loved songs in the rock song pantheon, so be sure to give it a listen and marvel at the genius that happened when Brian, Carl, Dennis, Mike and Alan hit the studio together!