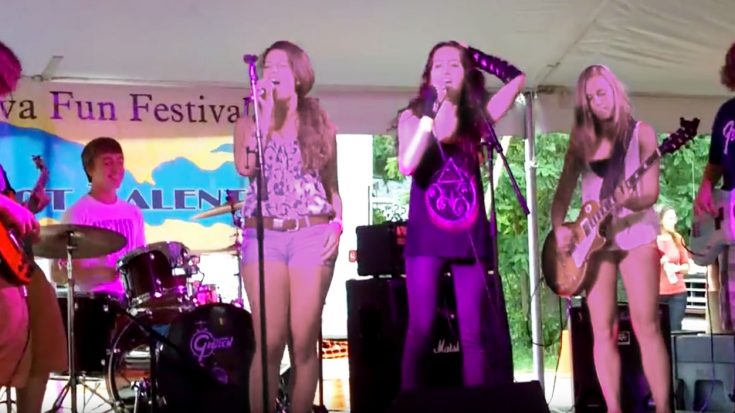 Someone get this band a record deal!

One of the more unique songs in The Rolling Stones’ catalogue is their song “Gimme Shelter” off of their album Let It Bleed. The song features incredible vocals from Mick Jagger, and guest vocalist Merry Clayton. The song has become synonymous with the Vietnam War, because of its lyrics and the time period it was released.

Many people have taken on the song for covers and tributes, and it’s an extremely difficult song to live up to. However, this young rock band, gave the song a run for their money! Especially the lead singer.

These guys are known as Chalk, and covered the song at an event called Como’s Got Talent. The band won the competition with this fantastic cover of “Gimme Shelter!” Every member of the band sounds fantastic, especially the lead singer! Her voice lines up with the song perfectly, and her backup does an amazing job accompanying her!

Based on this performance, we can tell that these guys are definitely going places! If you look at their YouTube channel, they already have some original material that sounds phenomenal, and some more covers of classic rock hits that you should definitely check out!

Watch their Stones cover down below, and let us know what you think!