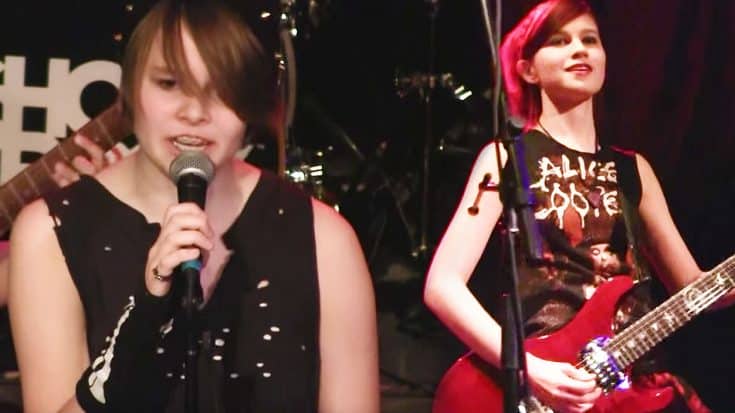 She shredded that solo!

One of the most iconic songs from Ozzy Osbourne’s solo career, was his hit “Mr. Crowley” off of his album Blizzard Of Ozz. Many people argue that this song contains one of the most incredible guitar solos of all time, because it’s probably the most difficult.

In Chicago, they have a school specifically designed for students with musical talent. The school is inspired by the movie School of Rock, and is actually called The Chicago School of Rock. These talented kids exercise their musical talents and perform in bands for people! One band from the school was at a performance recently, played “Mr. Crowley,” and absolutely crushed it!

The standout performer in this band is the guitarist for sure! She shreds Randy Rhodes’ solo like no other, and absolutley steals the show! These kids have a wonderful future, and as long as they work hard and stay out of trouble, we can guarantee you will see them on stage at a concert in the future!

Check out the performance down below and let us know what you think!