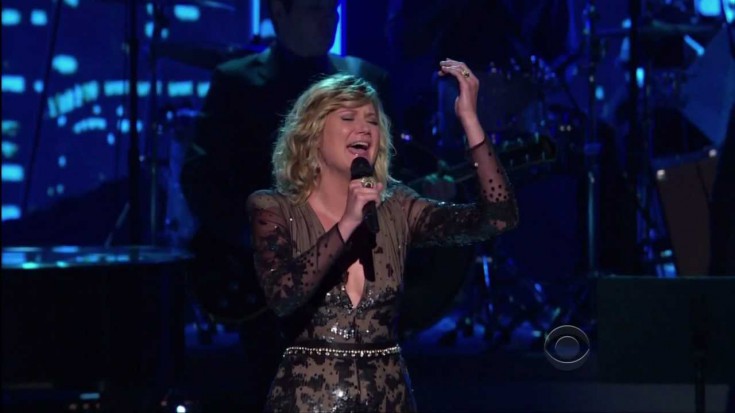 “Hello Again” is a chart-topping single written by Neil Diamond and Alan Lindgren. This ballad wasn’t just covered by several artists but even performed in orchestras as well. Donny Osmond, Celtic Thunder and Steve Cherelle all have their versions of this track.

It was recorded in 1980 and served as a soundtrack to the movie, The Jazz Singer which was released on the same year. It had several effects to listeners and some critics pointed out that not only is his performance poignant and absolutely filled with passion but Joe Peacock even said that this track is “keenly affecting to the emotions.”

And Jennifer Nettles did a mighty fine job with the cover. It’s beautiful and flawless. She definitely did justice to the song. She sings with so much feeling. It can’t get any better than this!