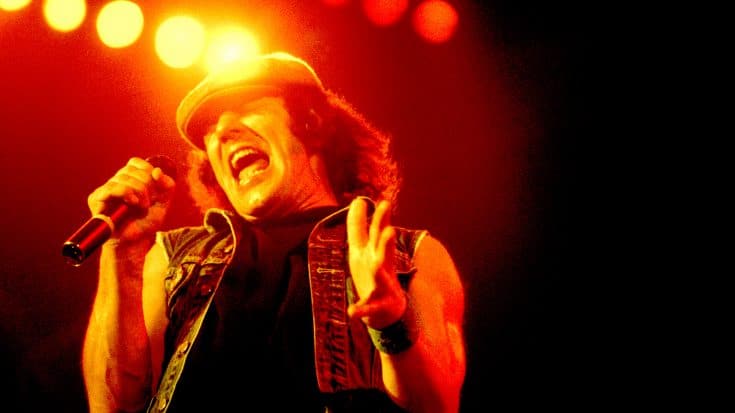 When it comes to music, consistency is often a hit or miss. Being consistent means you’ll get hate for either of two things – that you’re being predictable and boring OR that you’re just trying too hard to break into mainstream. Taking risks and experimenting have worked for some artists but for AC/DC, their consistency helped them secure a spot in the rock ‘n roll pantheon.

There were people who criticized them because all their songs sound the same and yet over four decades later, they’re still selling out stadiums and fans are still looking forward to their new album. While some accuse them of being formulaic, the fact remains they most of their classic hits remain well-loved even by the new generation. And that is already a monumental feat.

But what makes them tick? What made them the epitome of rock ‘n roll?

It’s no secret that AC/DC has endured and survived events which would have sent anyone else packing. From the tragic loss of Bon Scott to Malcolm Young’s retirement due to dementia to Brian Johnson’s hearing problems. They may have briefly considered quitting after Scott’s death but they pushed on and what resulted was the massive success of “Back in Black” – one of the best selling albums of all time.

When Malcolm Young was forced to retire, they brought in his nephew Stevie as replacement. When Johnson had to leave the band, they hired Guns ‘n Roses frontman Axl Rose to fill in his shoes. If there’s anything to learn from AC/DC, it’s that the show must go on.

Here’s the thing though, when listening to AC/DC tracks, they should never be taken literally. Just listen to the song, sing along if you want and enjoy the tune. They don’t require analyzing or deep thinking. On the contrary, they’re the stuff people say when they’re drunk and have lost most logic.

Take these songs for example.

I’m gonna get you down on the bottom, girl
Shoot you, I’m going to shoot you

You Shook Me All Night Long:

Knocking me out with those American thighs
Taking more than her share, had me fighting for air

And they have several tracks that depict violence too. Then again, lots of classic rock songs do.

Whether you’re listening to a live version or studio recording, one thing to note about AC/DC’s music is its raw power. The first riff often feels like a punch in the face no matter how many times you put it on repeat. It’s unpolished and imperfect but still excellent for all that.

And when they perform on stage, they always go all-out. Angus Young, even in his 60s, is like a big ball of energy. They may not be the same as they were during their prime but with AC/DC, no one leaves disappointed. They know how to deliver the goods. With a career spanning more than four decades, they have remained consistent in making their live performances a wild, wild ride from start to finish.

Even with their stripped-down versions, it’s still very much rock ‘n roll.

You often see band mates beefing with each other – from trash talks to fist fights. That can happen when you’re together almost 24/7 – on the road or in recording studios. For AC/DC, they remained great buddies. Even after Brian Johnson left the group in 2016 and was replaced by Axl Rose, there was no badmouthing anyone.

And isn’t rock ‘n roll all about the celebration of uncomplicated friendship sans drama? It’s not so much because two of the founders are brothers (think Oasis’ Liam and Noel Gallagher), it’s more like there’s an unbreakable mateship between all the members even if the lineup changes.

They Just Want To Rock

There’s a reason why they’re still one of the best-selling rock bands of all time. They just want to go up there and rock and people are more than willing to pay to watch them do it. They have no shortage of critics, that’s for sure. But even with their balls-to-the-wall attitude, aggressive music and familiar tunes, they continue to sell millions of records.

So basically, no matter what the haters and critics say, AC/DC must definitely be doing something right. Angus Young further explained:

“We’ve got the basic thing kids want. They want to rock and that’s it. They want to be part of the band as a mass. When you hit a guitar chord, a lot of the kids in the audience are hitting it with you. They’re so much into the band they’re going through all the motions with you. If you can get the mass to react as a whole, then that’s the ideal thing. That’s what a lot of bands lack, and why the critics are wrong.”

They’re not here to impress anyone. They’re only doing what they love and what they’re exceptionally good at and if that doesn’t go well with anyone, well it’s their problem.

This is where consistency plays a huge part. Think about it. When people see an AC/DC logo on shirts or other apparel, they immediately think rock ‘n roll even if they’re non-fans of the genre. They’re the ones you turn to when you want all things rock – women, flirtation, sex, alcohol, and a bit of old school brawl.

Talking about consistency, look no further than Angus Young’s schoolboy uniform which he wears up until today. He may only be 5’3 but his stage antics and guitar sound are massive, making him a giant figure on stage. And even if Brian Johnson can no longer hit his high notes effortlessly like he did a few years back, it doesn’t mean his vocal performance is anything less than stellar.

AC/DC doesn’t have that many accolades and critics are not always impressed with them but at the core, they exude the very essence of rock ‘n roll. And we’re here for it.