What Ever Happened To George Harrison’s Hawaii Stalker? 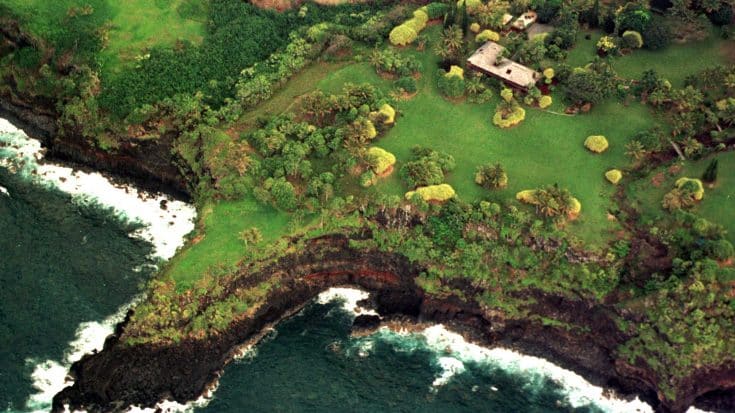 More Than Just A Fan

George Harrison’s 61 acres in Mani, Hawaii were intended to protect the ex-Beatle from paparazzi and crazed fans. Unfortunately, the insurmountable influence he had on some fans drove them to obsession. This was the case for one of Harrison’s female fans who turned into a stalker.

Cristin Keleher, 27, had been stalking George Harrison since early mid-october in 1999. On December 23rd of that year, she was able to get through the surrounding 61 acres of trees and bushes that protected Harrison’s house. Once Keleher reached the sprawling mansion she forced her way inside. The disconnection she had from reality led her to do some house chores- inside of George Harrison’s house.

The female intruder had cooked herself a frozen pizza, did a load of laundry, and somehow managed to call her mother in New Jersey. Most of us can’t do that in a normal work week- she did it immediately after breaking into the house of one of the most famous musicians to have ever lived.  There was no motive provided from Keleher. She simply was obsessed with George Harrison to the point of delusion. She was discovered an hour later by the in house security who proceeded to call the police.

A Traumatizing Time for The Harrisons

Cristin Keleher was arrested and served four months in jail. A couple years of probation were added to her sentence upon her release. Geroge Harrison and his wife were in the UK at the time. Days after the horrifying news that Keleher had broken into their home- the couple was almost stabbed to death.

They were attacked by a deranged man who broke into their residence in London. The man perforated George Harrison’s right lung with a 7 inch knife. The man who stabbed the Harrisons was arrested and sent to a psychiatric hospital in Liverpool, UK. The Harrisons made a full recovery from the incident.

Cristin Keleher, who was released from jail after trespassing the Harrison’s home travelled to Nevada. On December 19th, 2006 , an anonymous caller contacted Nevada State Deputies. The caller directed the police to California’s Area 89. Keleher’s body was discovered in an SUV in an apparent murder-suicide. Evidence lead the authorities to believe that the young woman had been murdered.