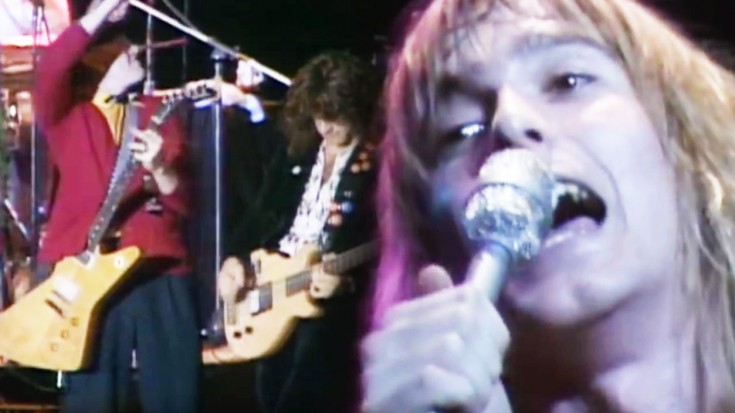 Channeling the mind of a 14-year-old boy feeling overwhelmed by his overprotective parents, Cheap Trick’s “Surrender” was the band’s first single to rank on the Billboard Hot 100 and was deemed by Rolling Stone as the “ultimate Seventies teenage anthem.” Playing on the major differences between the  baby boomer generation and their parents, this song was highly relatable at the time of its release in 1978.

“I used to hear my friends saying they thought their parents were strange. The first thing I got was the opening of the chorus: ‘Mommy’s all right, daddy’s all right.’ It just rolled off at one sitting. Those opening lines, ‘Mother told me, yes, she told me I ‘d meet girls like you.’ that ‘s advice to the lovelorn, and obviously inspired by the old Shirelles hit ‘Mama said that there’d be days like this.’ It ‘s a good way to start a song, if you can make it go with a chord progression.” – Rick Nielsen

Originally the sectioned “we’re all alright” chant portion of the song was for the band members to sing to the crowd, but over time they realized that it was an epic moment for the crowd to participate in the fun of the show and still run with that to this day. Just picture hundreds of people chanting “WE’RE ALL ALRIGHT” at the top of their lungs over and over; there is NOTHING like Cheap Trick fans!