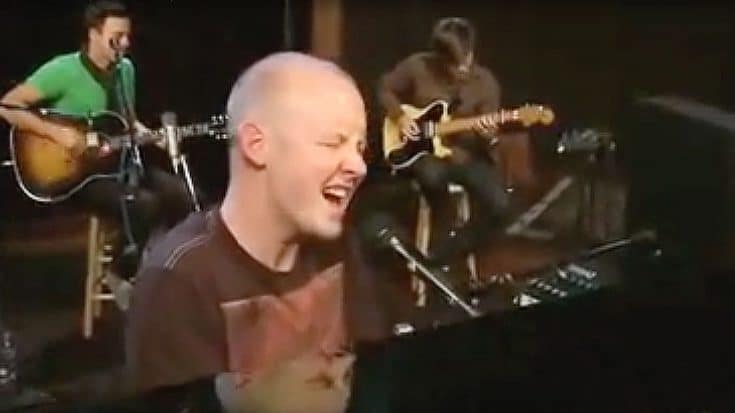 Recorded in 2008 and featured on The Fray’s critically acclaimed self titled sophomore album, “Never Say Never” is a soaring, sweeping reflection of what it is to love and be loved and yet constantly pulled apart over and over again, only to come back together every time. It’s every bit as achingly tender as the broad swath of emotions it stirs, but never so much as when The Fray stripped it down to an absolutely gorgeous acoustic arrangement for Clear Channel’s Stripped: Raw + Real sessions.

Gone are the swelling string and rhythm sections that color the piano playing of frontman Isaac Slade in the original version – instead giving way to delicate strumming from guitarists Joe King and Dave Welsh tied together beautifully by the quiet sweep of drummer Ben Wysocki’s brushes over a snare drum. Isaac Slade’s glycerine smooth vocal delivery, highlighted by a falsetto that AbsolutePunk called “romantic, wistful and full of understated grace,” is the final perfect touch – bringing that warm, full feeling that surrounds “Never Say Never” like a gentle hug into sharp focus and leaving nowhere to hide from the undertow of emotions it brings with it.

Some songs are just meant to be – “Never Say Never” is one of those, a brilliant culmination of everything that’s come before it and everything still on the horizon. More than that, it’s a firm reminder that in an era where good old fashioned song crafting – the kind that makes you dream, makes you feel, makes you think – seems to have gone by the wayside, The Fray are truly a force to be reckoned with.