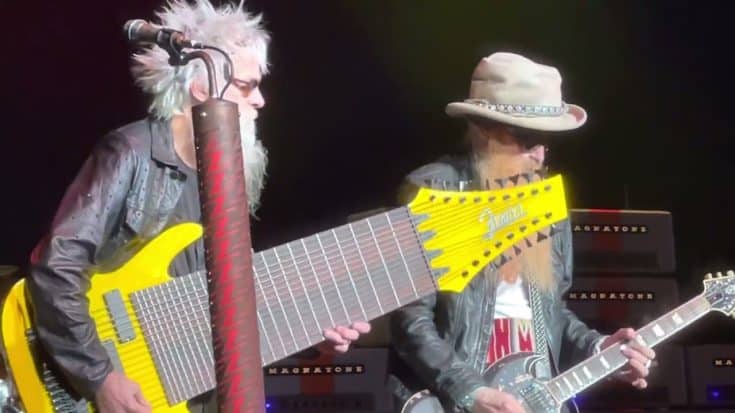 Due to his significant contributions to ZZ Top for over five decades, the surviving members admitted that it was not easy to replace the legendary bassist, Dusty Hill.

Hill, who passed away in 2021, wasn’t just a bass player. He also acted as a singer on classic tracks like “Tush” and “Dust My Broom” and was a co-frontman for the band. Despite this unfortunate event, ZZ Top still needs to continue their scheduled performances.

So, they decided to pick Billy Gibbon’s long-time guitar tech Elwood Francis to replace Hill. It wasn’t the first time that Francis would step in. In fact, he had subbed in for Hill while he was recovering from hip surgery. The late bassist even asked his bandmates to continue without him as long as Francis was there to fill in for him.

Even though they can no longer replace Hill’s distinct voice and rock-solid bass playing, Francis, at least, can hold up quite nicely as per the band. With that, Francis took the stage last November 5 with a massive 17-string custom bass guitar.

At first, Francis played the lowest string with his hand turned overtop the guitar, but eventually settled on the highest string, gripping the gigantic bass and making it look like a standard guitar. But looking back to the early ZZ Top days, the band is no strangers when it comes to flashy guitars.

Hill and Gibbons could be seen wielding fuzzy white guitars circled around their belts during the “Eliminator” era. What Francis did was a goofy and visually arresting way to start their show. Watch the performance below.