Watch White Lion’s Live Performance Of “Tell Me” In 1988 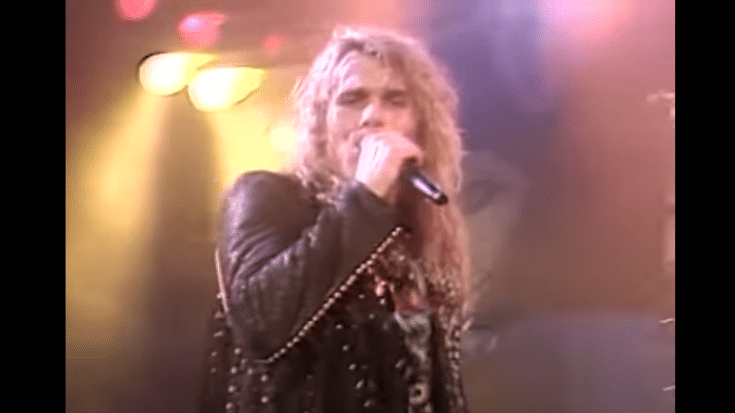 One of the most underrated bands in the ’80s, White Lion formed in New York City in 1983. They released a total of five studio albums and had a string of hits in the ’80s and early ’90s. They disbanded in 1992 but reformed a few years later in 1999 with a new lineup. Their final studio effort was 2008’s “Return of the Pride.”

In an interview with Rock Arena, founding member and vocalist/rhythm guitarist Mike Tramp was asked about the difference between the ’80s and now.

He said, “There’s no doubt that the biggest ‘killer’ was the internet, and that changed every single thing, both good and bad. If you ask somebody what they’d rather have, the classic rock world back or that you can post something tomorrow of how you look in the morning. My answer would be the first one. I can live without the internet, but know that we live in that world we all have to use it. But the realness has gone, there’s no doubt, but not the style of music.”

He also added, “The ’80s were like a big party, all shows were sold out, bands were selling millions of albums. All was positive, record labels spent lots of money, MTV played rock´n´roll videos and all kind of things that don’t exist now. Your new video you launch on YouTube, so everything has changed.”

Check out their performance of “Tell Me” at the Ritz club in New York City below.