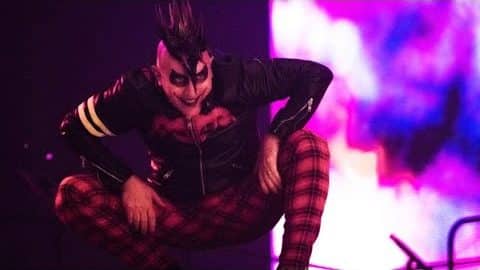 For the first time in 20 years, Tool performed their 1993 song “Undertow” live last Thursday, March 3 at their concert at Little Caesars Arena in Detroit.

According to the concert database Setlist.fm., the last time “Undertow” was performed publicly by the band was on April 29, 2002, almost exactly two decades ago. It is also the title track from Tool’s 1993 debut album.

Throughout the tour, Tool has been revisiting many of their older hits, and they surprised the crowd when they played “Undertow” midway through their 12-song setlist. However, it’s unclear as to whether this will become more regular, as the band didn’t perform the song at their following show in Columbus, OH on March 6.

Tool is also touring with their newest album, Fear Inoculum, which came out in 2019. The band’s tour was postponed by almost two years due to concerns surrounding the COVID-19 pandemic. Tool singer Maynard James Keenan battled the virus twice in the past two years.

In January, they finally kicked off the leg and gave “Culling Voices” its live debut, including a handful of songs that hadn’t been performed live for a number of years such as “Pushit,” “Hooker With A Penis” and 10,000 Days’ “Right in Two.”

Watch fan-captured video of the Detroit performance below. Some of the comments read:

“Not bad for almost 20 years of that song, tool really is something else”

“I was there and lost my shit. Thank you for catching this! I told buddies of mine and they were so jealous. I took my wife and my 13 and 18 yr old daughters and they had no Idea what they were witnessing that night. Epic show with the greatest musicians of their craft of our Generation.”

“Look how packed the stadium is. What other 30 year old band could consistently sell out shows like Tool? I’m sure you could name others but there are very, very few.”