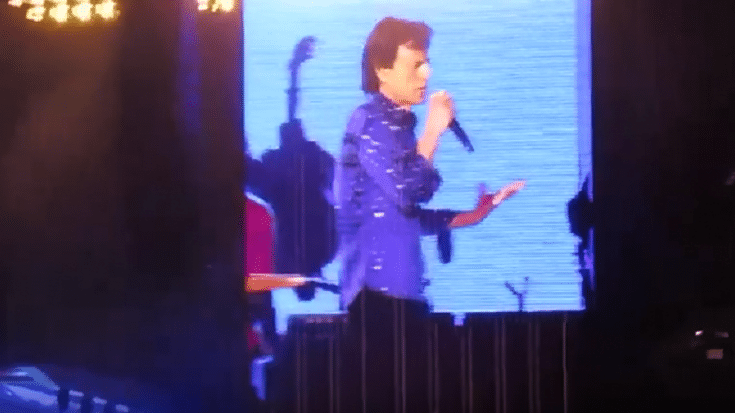 It’s been a pretty momentous month for The Rolling Stones – having NASA name a Mars rock after them, getting Robert Downey Jr. to announce it at their concert, and of course performing rarities at their shows. For every stop at their tour, nobody leaves disappointed. They clearly have several tricks up their sleeves to make it extra special and memorable for the fans.

At a recent concert last August 22 at the Rose Bowl Stadium in Pasadena, California, the Stones unearthed another gem in their catalog – the 1967 track “She’s a Rainbow” off their album Their Satanic Majesties Request. They didn’t choose it randomly because they have this online voting system where fans could pick which one of four choices the Stones would add to their setlist for that particular show. She’s a Rainbow was the wild card choice of the night.

Before launching into the song, Mick Jagger said, “We’ve put some songs up for you to vote for — songs like ‘Can You Hear the Music,’ ‘There’s No Smoke Without Fire, ‘Little Old Lady From Pasadena.'”

It might not be the best song but it’s still entertaining to listen to!