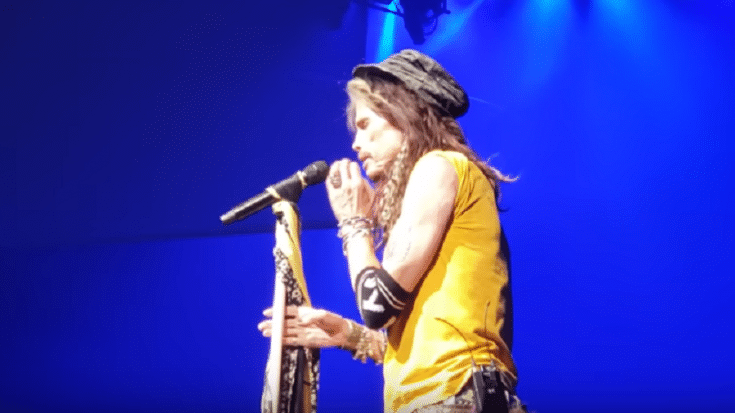 He’s Just Not Having Any Of It

One of the things that make Steven Tyler a great frontman and showman is the fact that he always makes sure every single member of the crowd gets to have a grand time. And of course, during Aerosmith’s “Deuces are Wild” show in Las Vegas, he wanted everyone to have fun. Apparently, some people at the front sat down disgustingly during their performance so not surprisingly, Steven Tyler called them out.

“What the f*ck are you sitting down for? Trust me, we’re all getting laid tonight, so stand the f*ck up!”

Somebody tweeted that moment writing “Insider’s tip: If you are up front at an @Aerosmith show, stand. Otherwise @IamStevenT will take notice. Publicly. #DEUCESAREWILD @ParkTheaterLV” and to which Tyler replied, “YEUP!”

Not everyone can afford to be that close to these rock legends. So if you’re lucky enough to be there, then don’t be a party pooper at least. It’s Steven freaking Tyler!

Insider’s tip: If you are up front at an @Aerosmith show, stand. Otherwise @IamStevenT will take notice. Publicly. #DEUCESAREWILD @ParkTheaterLV pic.twitter.com/U4mJ0xQf3o