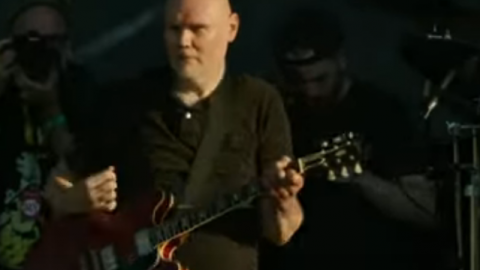 The band replaced another known group, Jane’s Addiction, on the Lollapalooza lineup. Both of the two bands are being managed by Perry Farrell though. It was during their ninth song of their whole performance when they welcomed Corgan to the stage. Farrell started by saying:

“I love you all, Chicago.

“We have a very dear friend, Billy Corgan, that we got together [with]. Reunited this time out. We want to do a proper Chicago song for you together, is that cool?”

The musicians then powered through an emphatic rendition of “When the Levee Breaks,” with Farrell handling vocals while Corgan joined on guitar. Corgan recently hosted a benefit concert on July 27 to support victims of the July 4 Highland Park mass shooting.

During the event, the Smashing Pumpkins frontman premiered “Photograph,” a new song inspired by the tragedy. Farrell also appeared at the benefit event, joining Corgan for a rendition of Jane’s Addiction’s 1988 hit “Jane Says.”

The festival capped a busy week for both artists. Smashing Pumpkins and Jane’s Addiction are scheduled to hit the road together in the fall for the Spirits on Fire tour. Check out the video below.