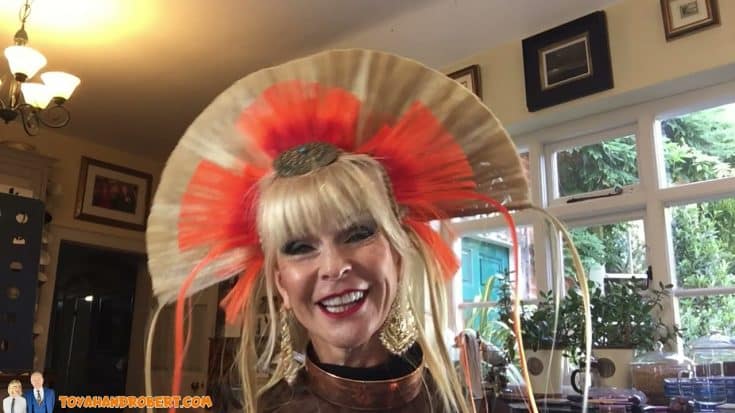 Our favorite Sunday Lunch series is back! King Crimson’s Robert Fripp and his wife, singer and actress Toyah Willcox are here to entertain thousands of fans with another cover – this time, their take on Right Said Fred’s 1992 hit “I’m Too Sexy”. They surprised us though, because this wasn’t exactly sexy but goofy.

“We literally have no words for this [week’s] episode,” Toyah wrote in the description, “other than this is Robert Fripp as you have NEVER seen him before!!”

Fripp took over the lead vocals, and he reworked the lyrics. He sung, “I’m too sexy for King Crimson, too sexy guitar, the world — I’m too sexy for the world!” Toyah enthusiastically agreed by popping up with “He’s too sexy!”

Fripp and Toyah launched their “Sunday Lunch” series at the beginning of the pandemic. They’ve covered pretty much every classic rock hit – from the Rolling Stones’ “(I Cant’ Get No) Satisfaction” to Black Sabbath’s “Paranoid.” They also took on pop songs like Britney Spears’ “Toxic”. Even after Fripp headed back to the road with his band King Crimson, the couple continued with their covers.

“This whole thing about being in lockdown was people were stopping moving, and our generation must move,” Toyah explained to Rolling Stone. “So I taught him how to jive to ‘Rock Around the Clock,’ and we filmed it. It’s the first time we’d ever posted anything like it, our first step into that form of social media. And we got a million hits within a couple of hours as far away as the Philippines and Australia. And we thought, ‘Wow.’”