Watch Remastered Video Of Freddie Mercury’s “Living On My Own” 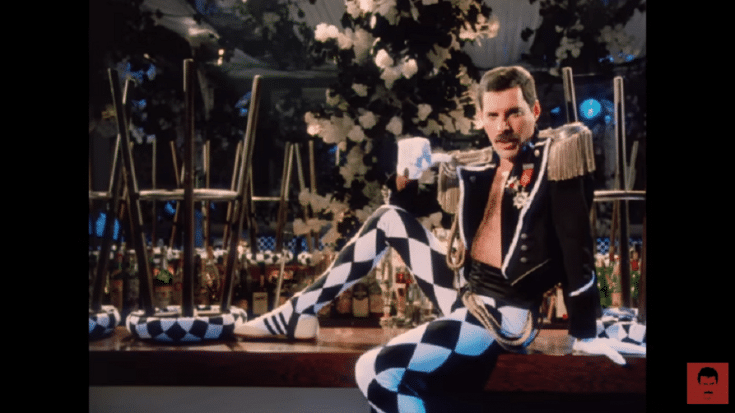 Ahead of the Never Boring box set release, a remastered version of Freddie Mercury’s video for Living On My Own is now out with enhanced sound and in high definition. This was actually once banned. What happened is that on September 5, 1985, it was Freddie’s 39th birthday and he decided to throw a lavish party for his friends – two months after their iconic Live Aid concert performance. Held at a transvestite club in Munich called Old Mrs. Henderson’s, he invited 300 people including his friends Brian May, Steve Strange, Jim Hutton, Mary Austin and Boy George.

As you can see on the video, he asked all of them to dress up in drag but he was very specific about the colors allowed – only black and white. Freddie recorded the party and used it for Living On My Own. It was shot using a 35mm camera mounted on the ceiling.

Then-record label boss Walter Yetnikoff was shocked after watching it though and banned it from being released because of “perceived promiscuity.” The video was then shelved which affected the song’s performance on the charts – it stalled at #50. It wasn’t until 1993 when it was finally shown to the public and the single went to #1.