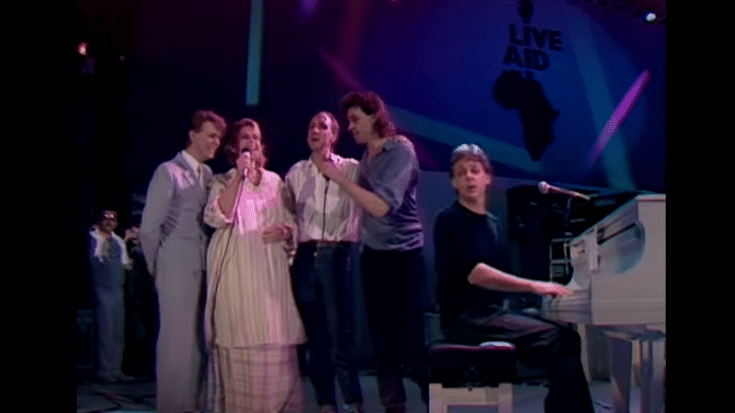 A Trip Down Memory Lane

Aside from the iconic rooftop concert, The Beatles never played any of the songs from their album “Let It Be” live. Paul McCartney, however, has performed the title track hundreds of times. And so it came as no surprise that he used the song during one of the closing acts in the charity concert put together by Bob Geldof – the legendary Live Aid show on July 13, 1985 at Wembley Stadium.

He encountered technical difficulties during the performance. For the first two minutes, his mic went dead and both the television viewers and majority of the 72,000 people in attendance could hardly hear him.

Towards the end, previous performers David Bowie, Pete Townshend, and Yaz’s Alison Moyet, along with Bob Geldof returned to the stage and backed him up. Despite the problems during McCartney’s set, it remained as one of the most beautiful and moving moments of the entire concert.

“Let It Be” was written by Paul McCartney. He found inspiration when he dreamed of his mother. He said, “It was great to visit with her again. I felt very blessed to have that dream. So that got me writing ‘Let It Be'”.

Check out the Live Aid performance below.