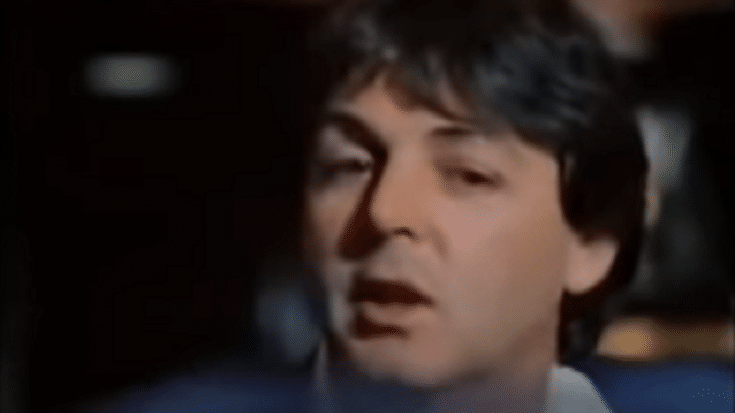 The news of John Lennon’s murder shocked the world – even more so when it reached his loved ones and friends. Ringo Starr, who was in Bahamas at the time, immediately got on a plane and flew to New York. And as for Paul McCartney, whom Lennon worked with on several classic hits, the untimely passing of his friend was a huge blow to him.

In the video below, Macca listens to the Lennon composition “Beautiful Boy (Darling Boy)” and it’s clear that he’s struggling to keep his emotions in check. They were friends for decades. They had their fair share of arguments and disagreements but at the end of the day, they were family.

It’s pretty painful watching this because the emotion is still so raw. And in fact, in an interview with CBS last December 2020, McCartney revealed that he’s still grieving Lennon. It’s been forty years since Lennon was murdered and when asked how he’s processing the entire incident, Macca replied: “I’m not sure I am. It’s very difficult for me.”

And whether he still cries when he thinks of Lennon’s death, he said: “Not every day, you know? There will be times that I just have memories and just think, ‘Oh my God, it was just so senseless.’”