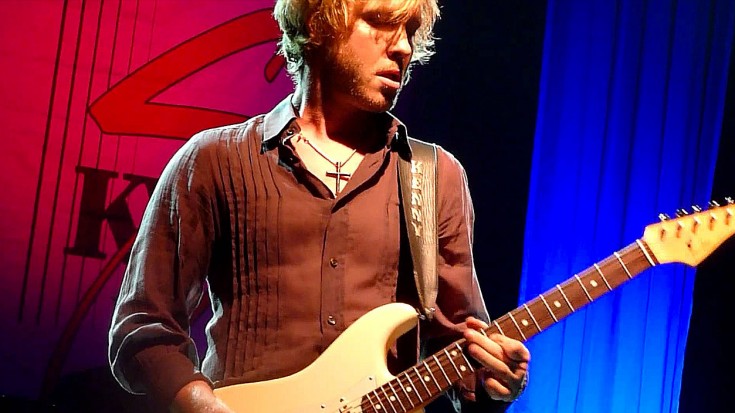 Kenny Wayne Shepherd is easily one of our favorite guitarists in the last 25 years. I mean, if anyone were to ever attempt to fill the massive shoes left behind by Jimi Hendrix and Stevie Ray Vaughan, it would be Kenny and in 2007, then then 30-year-old guitarist did just that when he got onstage at Guitar Center’s King Of The Blues and channeled the spirits of both Jimi and Stevie for a blistering cover of “Voodoo Child (Slight Return)”.

With no real finesse, it’s easy for Kenny Wayne Shepherd to get lost in his playing and take you along for the ride with him. For a guitarist so relatively young, he’s such a breath of fresh air! We love the reckless abandon he plays with, even more than we love the fact that he sounds like both of his heroes when he picks up a guitar.

Fun Fact: Kenny Wayne Shepherd can’t read music. He learned to play the guitar one note at a time and mimicked what he heard Stevie Ray Vaughan and Jimi Hendrix playing until he knew it.

While he’s no Jimi, we do definitely think that Kenny Wayne Shepherd is absolutely amazing at what he does and that he did serious justice to this Jimi Hendrix classic.